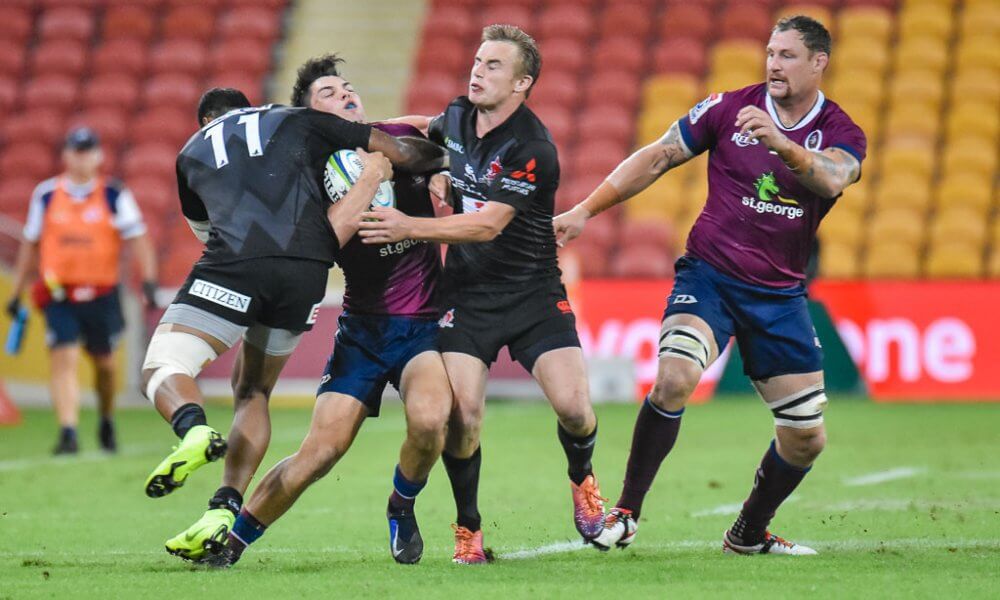 Once again team these are my interpretations of the direction provided by World Rugby and passed on by the NSWRRA to me. If I’m wrong, then it’s my learnings that got it wrong.

Rugby, like many contact sports has recognised that there is a lot more it can do to protect the people playing the game. Over the years as more and more science has gone into fitness, nutrition, strength and conditioning players have got bigger and faster with the consequence that the collisions in the game have got harder. People are also starting to take note of the effects of these collisions, especially the ones to the head and the long-term effect of this on the players. While there is undoubtably an element of arse covering in this where administrators are able to say “we did all we could do with the knowledge we had at the time” I think the prime aim is actually to protect the players and to ensure that they don’t have long term issues resulting from playing rugby. I still believe the people managing this game do care about the people as much as the product and that they understand protecting them is a good idea. A big change has been to try and reduce the high tackle by penalising those who make contact with the head.

World Rugby has put out a framework for managing these high tackles and the framework tries to take into account the dynamics of the game. In most cases it is good with the main issue being that a referee has to apply this framework in the length of time it took you to read this sentence.
The initial part is quite clear:

I. Is the incident a high tackle or a shoulder charge?
II. If so, was there contact with the head or neck of the ball carrier?
III. Was the degree of danger high or low?
IV. Are there any clear and obvious mitigating factors? 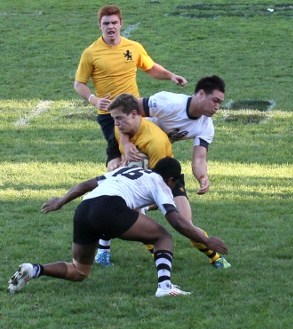 A shoulder charge is defined as where “the arm of the shoulder making contact behind the tacklers body or tucked in a “sling” position at the point of contact.” To be honest I don’t usually have any issues with this one and in most cases, it is pretty clear.

A high tackle is a bit more complex and is defined as “An illegal tackle causing head contact, where head contact is identified by clear contact to the ball carrier head/neck OR the head visibly moves backwards from the contact point, OR the ball carrier requires an HIA” This one for me carries a lot more subjectivity, not because it isn’t clear, but because there is so much to it.

During a game I personally just call anything high and penalise, especially early as I find that way most players adapt quickly and then stay low. I also include it in my pre-match talk to the captain, so he/she knows I’m looking out for it. The next bit of this is the analysis that is done about the tackle, and this is where it can get complicated. The rulings in the guideline are very clear:

So far so good and pretty clear and obvious. It looks messy but to be honest I don’t have too much problem with any of this and in most cases it’s pretty clear even if some of it can be very subjective.

This appears to be where there is the most confusion and certainly where some most commentators really get it wrong. I’ll cover this in a bit of depth as this seems to be the most contentious area. Note: Any mitigation factor can only lower the penalty by one step, so a red card offence can go to yellow not to a penalty.

Factors against Mitigation
Not something often considered but if the tackler and the ball carrier are in clear open space and the tackler has a clear line of sight and/or time before the tackle it is unlikely that any mitigating factors will be applied. The reason behind this is that it is the tacklers responsibility to tackle safely, and in this situation, they can clearly prepare themselves for the tackle.

These must be clear and obvious factors and as this is sometimes a matter of perception, they can seem very subjective. As a referee it means to me is that unless the picture shows something deliberate then it is unlikely to be that clear and obvious.

Ball carrier dropping their height: This seems to be the one that most people pick up on and there are two parts to it. Apart from a few Wallaby locks, all ball carriers will drop when they confront a tackler so a player going down in height is not unexpected and therefore not usually a factor. However, if the drop is a sudden drop due to the player tripping or falling, from an earlier tackle or diving to score then it is a factor to take into consideration.
Tackler makes a definite attempt to change height in an effort to avoid the ball carrier’s head: This has to be a clear and obvious effort and is usually where a tackler attempts to pull out of the tackle when they see they may have it wrong. No worries with it but it must be “clear and obvious” and that’s the hard part both to do and to rule on.
Tackler is unsighted prior to contact: If a player is attempting to tackle and the ball carrier moves behind another player as the tackler moves in and can then not see the ball carrier this may be a mitigating factor.
Reactionary tackle with immediate release: We all know that in a game sometimes you just react to something, usually by reaching out and for some reason this is usually high. If the tackler clearly does this and immediately pulls out, then it is a factor to be taken into consideration.
Indirect contact – starts elsewhere and then moves up: This does happen a lot and is a clear mitigating factor.

As you can see, there is quite a lot to this and noting my previous comment about the length of time there is to make a decision it is understandable why there is sometimes some contention about the application of the law. Having suffered concussions in a couple of games I am more than happy with the emphasis on looking after the players welfare. I think that as we have seen over the last few years the players and coaches are adjusting their play for the new reality just as they have for other law changes. It takes a few penalties and cards for them to get it right, but most are adaptable and will make the effort. Personally, I think that if a player or a coach is too stupid, or too arrogant to change then both should move out of the game and go and play another sport.

Despite some people saying things like “it’s making the game soft” or “wasn’t like that in my day” or other such meaningless dribble the game does need to change with the times. We are losing kids before they even start with parents wanting a safer environment for their kids to play and if you see some of the ex-players and how they are suffering from the effects of head knocks then I think most normal people will understand and embrace the changes. While there will always be accidents and while there is a need for personal responsibility to remain safe, if we want this great game to grow then we need to make these sorts of changes.