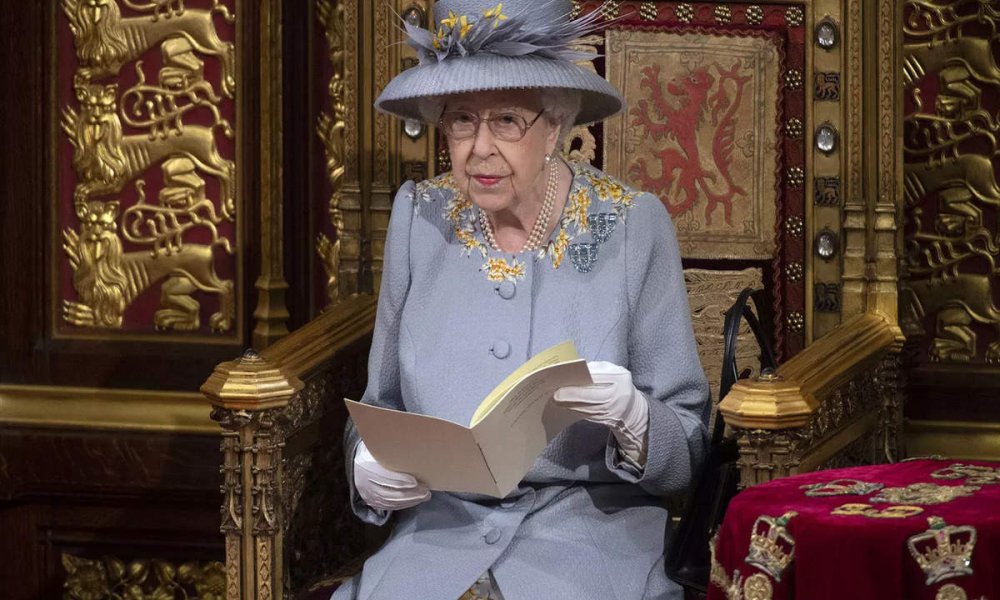 G’day gaggers, it’s time to sit down and buckle-up, cause its Friday again. The day the Warden allows me extra meds and internet access all at the same time – giddyup.

No Wallabies rugby this weekend, but plenty of rugby to talk about none-the-less. Today let’s look northwards and our chances for the Spring Tour, revisit the match against the Stern Sunflowers, ponder the reach of Eddie ‘Dr Evil Jones and his ‘influence’ on Wallaby selections and finish it all off with Friday’s Fast 5 Bonus – now 18.36 days litigation free.

Look, we all know there’re a lot of things in the UK that can ruin your experience and leave a bad taste in your mouth. The weather, the food, the people, the weather, Prince Andrew & the weather. But playing against the numpties of The Haggis Eaters, The Soap Dodgers & The Northern Kiwis AIN’T one of those poor experiences.

There’s a certain satisfaction you experience as a bastard child, like us Antipodeans, when you get ‘one over’ those ‘superiors’ who invaded settled our lands, the residents of the dismal isles formerly known as the ‘United’ Kingdom. Today those residing up there are as about ‘United’ as Barnaby’s Brawlers are behind ‘Net Zero by 2050’ and it’s up to us to stick it to them in a game they invented, where they make the laws, control the purse-strings, on paddocks they control and the icing on the cake – in front of pompous fans expecting our submission to their will.

Well, I say ‘fudge to all of that’ history, after all is written by the victors and this spring, those victors are wearing Orange.

Sure the Cadbury Warriors were largely shite (brilliant article below on that) against those with a certificate of participation in WWII and yes, the Wallabies have lost more men to the Japs than the Yanks did at Pearl Harbour, but we will be OK, we will stay calm & carry on winning.

What I like most about Moses and co is that he is clearly installing a better culture, successes are growing, as to the expectations of players and fans alike and importantly we are creating depth across most positions.

Like nearly all on here I wouldn’t be tossing away the recent cultural gains made by the Orange Ones to reinstall one ‘Gilbert Beale’. But what I would note is that it would appear as a total outsider, that the new Wallaby culture is strong enough to withstand and repel those who would work against it – including coach killing, captain punching, former women’s rights activist like one Gilbert Beale. You would describe previous Wallaby cultures as ‘The fish stinking from the head down’, but that’s simply not the case now and I would imagine a chastened Gilbert would have got that message loud and clear from the leadership group before any possible return, no matter how unpalatable his ‘return’ might be to the rugby masses.

I don’t expect us to steamroll our way over those sides we face, but I do expect us to be smarter than previous Wallabies sides, certainly fitter, stronger up front, battle hardened and with more consistent danger out wide and get the lollies on each of the three home sides. And certainly do not underestimate what Arnold, John Holmes and Noddy2.0 can bring to the team in terms of local experience, bulk and set-piece grunt. I am genuinely excited about Skelton in particular.

Sure we will miss Lazarus & Gandalf, but as one door closes, others open for players to write their own golden history and besides, I’ve already bet the farm on a clean sweep of those from the lands that sunshine and joy avoids.

But rule Britannia? Me thinks not.

‘A bit rusty’ you reckon Moses?

I forecast in last week’s Friday’s Rugby News that those in Orange needed to, should do and ought to have beaten the Nippon XXIII by at least three tries and at least 20 points and technically we did win 5 tries to 2 – technically, but the whole thing left me feeling, well, just ‘meh’.

It seemed as though our own Cadbury Warriors were simultaneously flat, yet fixated at the same time. ‘Flat’ as a team, the energy levels and thrust of the side seemed strangely off & ‘fixated’ with the constant, pre-programmed blind side play that saw The Lip often unloading to Sideshow Bob (who invariably made yards and was my MOTM by some way), but the team got no real ‘pay’ for this repeated endeavour. To a certain degree it was like playing the FISMs in that we went down the rabbit hole with the Japanese and rarely imposed our rugby ‘will’ on them, but instead joined them in ‘frantic ball’, which they thrive on.

I revisit my theme from last week. Yes, Japan have improved, yes they are clever & fast and all those ‘buzz words’ we like to apply to lesser sides to make us feel altruistic. BUT Japan are ranked #10 in the world, we are #3. They lack size and we have plenty. They were rusty and us fresh from some fair form against the Catholics & FISMs. For large sections of the Oz Rugby Public to be ‘accepting’ of the way we played AND the result because ‘Japan are not to be underestimated’ or my favourite ‘they almost beat the FUKIRS’ (‘Almost beat’ are weasel words for ‘they lost’) is setting the ‘expectations bar’ far too low.

We monstered them at set piece, yet played little territory, we made yards through the middle, yet wanted to go wide, we got suckered into playing at their pace as opposed to slowing the game down. There were intercepts, grubber kicks to no one, poor options intermixed with sublime passes, great running lines and some nice moments, but largely it was a 5.5 outta 10 showing.

Just ask those nearly in All Black.

Dr Evil & the Tentacles of doom

Ok, so it would be a stretch to blame Dr Evil and his links with Suntory, for being the puppet-master that pulled the strings for Gandalf, Lazarus and Sir to choose club over country, but every story needs a villain right?

Having never been good enough to get anywhere near an Orange Jersey I take a ‘wider view’ on this. I can comfortably work till I am 65, be with my family at any given time, perform my role without wankers online critiquing my every move (like Monday-Thursday G&GR writers), earn a decent crust and retire without my knees, back or brain (the science building around concussion and its horrid effects long-term) being compromised – thus ruining my expectations for my quality of life during retirement.

A top line rugby player has maybe what, 8 years at the top? Sure the money is good if you’re at the pointy end, but not everybody then gets a job on Stan post rugby career. Nor does everyone get parachuted into a cushy, largely fabricated job at RA and on a few hundred grand per year (well apart from Nathan Williamson anyhow), so can you really admonish players for picking paycheque over prestige, family over fame, or rest over the rigours of test rugby?

I’d both love & simultaneously hate to be in their position to have to make that choice, but one thing’s clear: all parties to this cluster-fudge have a degree of shite under their fingernails from recent events. At the heart of all the BS surrounding who is in and who is out is poor communication and the events of the last week seem to be a prime example. That and Eddie Jones, bloody mongrel.

Have clear and concise comms so everyone is ‘crystal’, that way if any party is ‘less than honest’ in those dealings you stamp the passport ‘Never Again’, instead of ‘WTF just happened’?

Who knew Jimmy Durante was talking about Wallaby Northern Tour selections when he wrote:

RA CEO or GM or whatever he is, Lex Marinos has publicly lashed the three traitors players choosing to stay in the land of the rising Yen in lieu of a northern tour and gold jumpers. While I understand the emotion, Lex, one would think that more flies are captured with honey than with vinegar a public flogging. I have always found it best to walk away from keyboards or texts when angry or drunk, or drunken angry even. Besides, you also have now ‘wedged’ Moses who works for you, but must also maintain a working relationship, especially with Lazarus & Gandalf.

Its classic Olivia Newton-John’s law of action and reaction. Not a smart play for a number of reasons Lex, not smart.

Said the Welsh great Mike Phillips on rugbystuffnz. The same Mike Phillips who never beat the Nearlies even with much better Welsh sides than the one who will run out this weekend.

The Welsh will get belted this weekend. Missing a number of regulars as the test falls outside the gazetted ‘test window’ so clubs won’t release their test players. But $8m quid is $8m quid, so who’s to argue with the staging of the game. And we all know the Nearlies are happy to turn ‘tricks’ for cash – just ask their private equity masters, the WA government and RA…….

Not since the Reformation lead by Australian Monarch Cate Blanchett has there been such rampant anti-Catholic sentiment across the dreary isles. Rugbypass reports that despite ongoing speculation, the ‘Popes Lot’ will not be joining the second tier ‘6 Nations’ anytime soon. Great news for Wallaby fans as we can pencil in 2 Ws each year as we continue to play our RC bunnies for the foreseeable future.

Ol’ ‘Warm Hands Williamson’ or ‘The Velvet Glove’ as he is known after his job interviews at RA, reports on rugby.com.au that Stan is indeed ‘the man’ when it comes to Spring Coverage of Rugby Tests, not only are they up for the Wallaby fixtures, but will show near ALL upcoming spring matches! That really is an unexpected win for all rugby lovers! Let’s all pause and give thanks to former CEO Raelene ‘The Pirate’ Castle for starting the process to fux off FUX. I wonder if Nick Farr-Jones and his fellow treasonous turds will now pen a letter of apology……………….please let me know if pigs are seen flocking towards the sunset anytime soon.

Late breaking news on rugbypass as I lock in my Friday k-wrap. Noah ‘Genesis’ Lolesio and Gilbert are confirmed to be joining the Orange ones for their UK sojourn. Moses admits Lazarus was ‘torn’ between club and country. He (Moses) then expresses his disappointment in a respectful manner and moves on. Lex, refer ‘exhibit 1’ for tips and future techniques in conflict resolution.

Until next Friday. Go the Wallabies