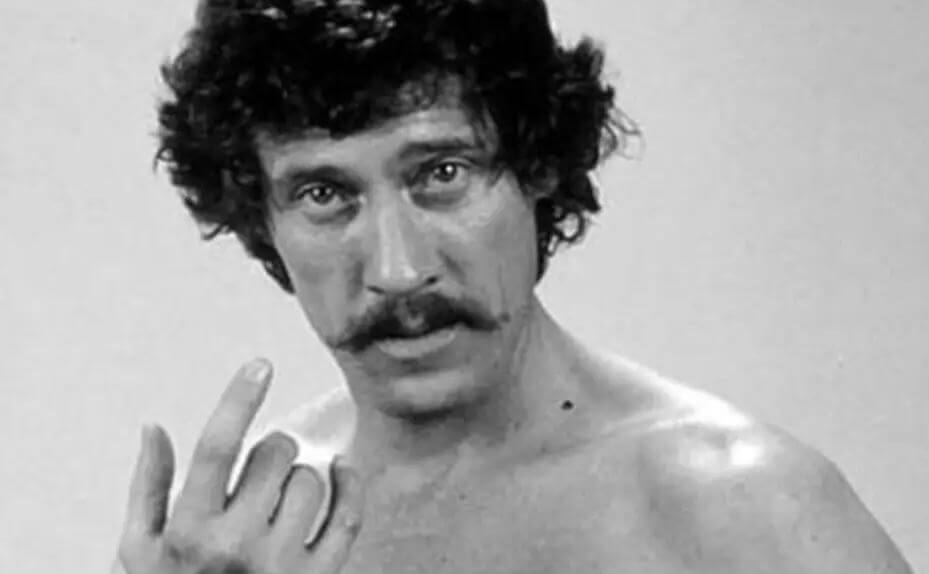 'Hey, check this out, it has it's own postcode'. The Return of Big Willy?
Friday’s Rugby News.

Is it Friday already!

Not only is it Friday but a long weekend to boot in god’s country AND another double header for our consumption – how good has Rugby been in Oz during The Wuhan Shit Storm (proudly bought to you by the Chinese government, pacifists, honest and nice guys to boot)!!

Today let’s dive head long into the rugby stories that matter most, a possible return of John Holmes to the orange Jersey, the stupidity of the Argentinian ‘Gypsy 8’, take a look at the rejigged Cadbury XXIII to take on the FISM’s & take a peak at the The Catholics v The Nearlies, as the mutton molesters look for a ‘Southern Sweep’ before their northern sojourn. All this and a trip into the human depravity that is this week’s Friday’s Fast 5 Bonus.

Big Willy up for it?

What started as whispers within the corridors of RA have become roars. It seems RA have awoken to the fact that good players can actually help the Wallabies to win – go figure (#scarpthegateaulaw) With the standout success of Gandalf & Lazarus and Sean ‘The Cut Snake’ McMahon’s return this week (I reckon he will terrorise the FISM’s), the SMH reports that the orange ones look set to bolster their squad for their northern tour with the likely additions of Will ‘John Holmes‘ Skelton, Rory ‘Stretch‘ Arnold, and Tolu ‘Noddy2.0′ Latu

I like these possible moves & selections for any number of reasons:

A few weeks back their was a brilliant article on GAGR about abolishing the Gateau law, whilst these moves aren’t a complete abolition of said rule, at least it shows RA is flexible, thoughtful and pro-active and it’s been many a year since Oz rugby fans could say that (The Pirate aside). Is it just a coincidence that Rugby in Oz is starting to kick goals on the field as the same time as off the field – me thinks not.

You have to love the FISM’s dontcha.

Not content with being perceived as the ‘French of South America‘, they have to go out and prove it.

Fresh from being ‘disrespected’ last week with their captain being left out of the ‘Captains shoot’ for the Townsville double header, what does their former el capitan and South African Travel Blogger Pablo Matera and 7 other (5 other players & two staff) Argentinian numbnuts do……..why sneak over the border to a ‘health retreat’ of course during the middle of a pandemic AND with the Nations biggest bogan, the Premier of the QPRQ looking for any reason to be tough, what happens next? Entry denied, miss the game and back to Byron you go and the brothel, sorry, ‘health retreat’. Leaving your team mates, those who trusted you, put their faith in you to answer for your actions and the ones left carrying the can for the result.

The beaches, pools and facilities must be completely shite in Brissie to head South for the day. Or maybe the hash brownies and those of the female persuasion are just more enticing in NSW (most obvious thing I’ve ever typed on these pages). Whatever the reason Matera, Joaquin Diaz Bonilla, Felipe Ezcurra, Sebastian Cancelliere, Santiago Medrano, Santiago Socino and two Pumas staff will all now miss tomorrows fixture completely.

To me it speaks of a squad that has mentally already clocked off from Rugby and switched to holiday mode. Yes they’ve faced challenges, travel and an extended time away, but aren’t they ‘professional athletes’, with an emphasis on ‘professional’?

The Orange ones have made a number of exciting changes for the match against the dispirited, depleted and (i suspect) despondent FISM’s side this Saturday.

As suspected, ‘The Cut Snake’ makes his test return via the bench and seriously, I would hate to be in a blue & white jersey this Saturday evening. Perhaps that’s why the Gypsy 8 pissed off to Byron to avoid playing agin him!

Greg Holmes at a prop age of 38 is older than dirt – equivalent in human years to 83 – but makes his return via the bench. I’ve long been a fan of this guy. Does his work well, no fuss, no BS, just hooks in and gets it done and a good man to have in your corner, from the pine

The other big change is the deserved return to the starting side of one P Samu. He has simply been brilliant off the pine and more than deserves his starting gig and I hope he brains it. Busy, skillful, great engine and plays about 15kg’s above his actual weight – he should have been in every gold squad of the past 3 years, but we all know the story.

Jordan of Nazareth returns to the empty wing spot left by The Exocets conjugal release. Uncle Fester returns to the #16 role which is about right as the Force rake Kaitu’u largely fluffed his lines during his two runs and was rather unimpressive. Rounding out the changes sees The Commissioner getting a rare run as reserve halfback. I also agree with this as Billy the Kid was, well, ‘less than good’ last outing, his passing resembles someone chucking out the dishwater more than a finely tuned laser pointed missile. But I acknowledge The Commissioner’s appearance is more about player rotation and game time than form. Tom Wright is also back from Siberia after some horror outings against the synchronised divers, the French, in June.

One things for sure, almost by osmosis Oz Rugby depth is sure starting to look very healthy.

Fearless prediction? A more clinical Wallabies verse a tired and fractured FISM’s. If our boys can get a couple of early tries then I reckon it’s goodnight nurse, we win by 30, as the FISM’s run up the ‘white flag’ and dream of home, or Byron……

‘If you don’t like change, you’re gonna hate extinction’.

Well Kolisi, if I were you I’d be preparing for extinction around 10pm this Saturday night.

Let’s be frank here. The Nearlies were poo last Saturday night, handling, tactics, execution et al – you name it, they sucked, but they still found a way to win. Now before we go down the ‘how good are they to suck so much and still win path’ (yes, there is an element of that’), just HOW BAD are the Catholics from South Africa that they STILL couldn’t win!!

The Catholics and their thinking resemble a scene from a Greek comedy / tragedy with rugby.com.au reporting that Coach Jacques Nienaber replied with a blunt “I don’t think so” when asked if a change of tactics was needed & Skipper Kolisi was equally emphatic, saying they were “never going to change anything”.

Ben Smith of Rugbypass.com writes an interesting and insightful piece that looks at the Boks approach verse an essentially poor AB’s side that’s well worth reading.

Still not convicned ay? Check out this fabulous Youtube piece from TASanalytics of the last 6 minutes of the test and perhaps the dumbest rugby you’ll see, you’ll then need a BEX and lie down afterwards.

Last week I tipped the Nearlies by 20 plus and said ‘unless they shit the bed’ the Catholics wouldn’t get close. Well they DID shit the bed and they STILL won, that’s how poor and how deluded these SAFFA’s are

With Princess Mo’unga back on the pine sitting next to Paranoia who’s passing was horrible in the last test, the AB’s fully knowing what’s coming AND the deluded nature of the Bok’s, I predict a far more polished and clinical AB showing and a comprehensive belting of the poor, deluded, unimaginative, dull-as-dog-shit South Africans.

AB’s by a thousand. Nope, the Boks are ‘never going to change anything’

Both sides can be found here.

Say it aint so!

Former Wallaby, women’s rights activist, coach killer and Drew Mitchell’s BFF, Kurtley Beale, has signalled to the SMH he is ‘super keen’ to get back in the fold with the Wallabies. Now Drew always pushes his mates wagon, fair-nuff I guess, also proof evident that Mitchell can’t see the forest for the big wooden things blocking his view. But a quick check of my Rugby Thesaurus of the name ‘Gilbert’ and I found him located between the words ‘sublime’ & ‘shithouse’. One player redemption (JOC2.0) is feel-good, two redemptions (Lazarus) is a bonus – three, in Gilberts possible return is well, like a sequel that just should never be contemplated, ever. Pass.

Former Wallabies assistant skill coach, who never actually improved the skills of ANY of the Wallabies EVER has been named as the Drua’s coach for their debut in SR Pacific next season. To be fair, Byrne has a very substantial coaching pedigree with the Australian-born coach being involved in two Rugby World Cup titles, five Rugby Championships and 11 Bledisloe Cups with the All Blacks. Although his success died on the vine under Cheik………

Will the real Jaco Johan please stand up.

Rugbypass.com reports Rassie, channeling a former orange POTUS by coveniently abandoning all facts and any attempts at coherent content…………..“When we were winning with two or three points we were not complaining about the credit and positive comments we received, so please be sure that we understand, agree and won’t complain when we get the deserved negativity when we lose with a few points!!”

Well except for the one hour social media, maniacal rant about Bez & bringing the game into disrepute, we won’t be complaining.

FUX Sports reports that this Saturdays game is the ‘last chance’ for those in Orange to impress Moses and co that they should be on a flying virus can to the Northern Hemisphere in November. FUX indicates that only 32 players are likely to leave our shores with 4 players already in the NH (see above) to join the squad, making a touring party of 36 players in total. One northern bolter’s name mentioned is Taqele Naiyaravoro’s with the hulking winger causing all sorts of problems in the English Premiership & not just for commentators.

OK, I give him some stick, but I also begrudgingly admit he is the worlds best 9 and by some margin. Whilst back in Unzed for birth of little one #2 he has posted this video of his passing skills, courtesy of stuff.co.nz and it’s a hoot. Billy the kid, please take note and practise and then practise some more. It’s great you can run Billy, but when you can’t hit the side of the barn with a shotgun, well…….