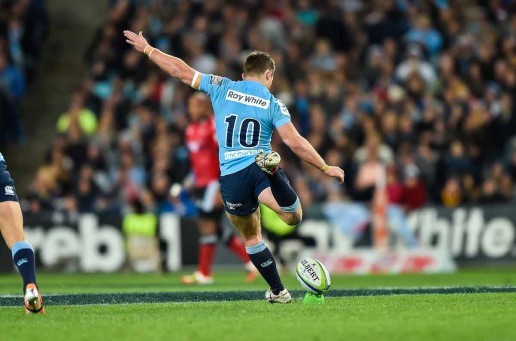 Friday’s rugby news has the first of many flexible Wallaby contracts, new faces for the Brumbies, some returning Reds and a new suspension policy at the Sharks. 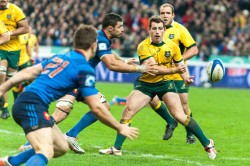 Wallabies five-eighth Bernard Foley has re-signed with the ARU and NSW until 2018 but will also spend the next two summers playing for Ricoh team in Japan as part of Australian Rugby’s first ‘flexible’ playing contract. Foley will join his Japanese club after the World Cup, return for Super Rugby and then head north again for the 2016-17 Top League season.

Foley could be joined in his constant season by Israel Folau, with Waratahs boss Greg Harris previously confirming the star fullback is also negotiating to play multiple seasons in Japan. Foley said on Thursday he believed he would be playing for the Wallabies next year, and agreement could be reached with his club for him to play in the Rugby Championship. 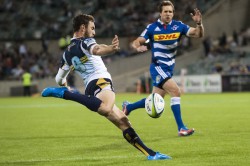 The Brumbies have made a surprising change to the starting team to play the Rebels on Saturday, with Wallabies half-back Nic White replaced by back-up Michael Dowsett. Although White was off his game in the team’s 16-14 loss to the Blues last week, assistant coach Dan McKellar said, “It’s always been on the agenda to give Whitey a freshen-up,” adding, “His game last week doesn’t have anything to do with the selection.”

The Brumbies will test a new breed of players in the clash against the Rebels. Nigel Ah Wong making his first start for 2015 at inside centre, with replacement utility back James Dargaville injured. Lausii Taliauli will also start on the wing while JP Smith replaces injured loosehead prop Scott Sio. 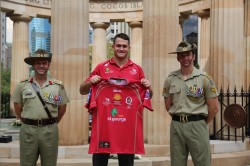 The Reds will be bolstered by the return of James Horwill and James O’Connor for Saturday’s clash with the Cheetahs in Bloemfontein. Reds head coach Richard Graham has made four personnel changes to the starting side from the match that lost 43-22 to the Bulls in Pretoria last weekend.

In the forwards, Horwill returns to the starting line-up after missing last weekend due to suspension.  James Hanson returns to starting hooker after Saia Fainga’a was injured against the Bulls. In the backs, O’Connor is back on the starting wing, with Chris Feauai-Sautia shifted to the centres and Anthony Fainga’a moved to the bench. 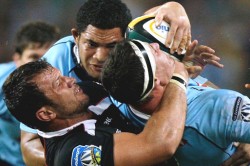 The Sharks have decided to take a hard line when dealing with players suspended for foul play after recieving three red and three yellow cards already this season. The team’s Super Rugby campaign has been severely hampered by the suspensions of Springboks Bismarck du Plessis (four weeks), Frans Steyn (five weeks) and Jean Deysel (seven weeks).

“We have decided that going forward there must be a policy of ‘no pay for no play’ should a player be suspended for foul play,” Board chairman Stephen Saad said. Obviously the Sharks board cannot unilaterally alter playing contracts so while the currently banned players will continue to be paid, all new contracts at the club will include this suspension clause.