Friday’s rugby news has another change at hooker, Cooper on the way back, Pulver looking to shift the Bledisloe matches and the English on a gag order. 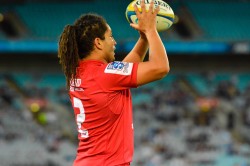 Saia Faingaa has become that fifth player to wear the Wallabies number two jersey in eight games after being chosen ahead of Reds team-mate James Hanson. Faingaa is one of three changes to the starting team, with vice-captain Adam Ashley-Cooper returning from injury and Joe Tomane selected ahead of Rob Horne on the other wing.

Coach Ewen McKenzie said of the change at hooker, “The set-piece is always an important area of focus for us, even more so when you play South Africa, and we know the outcome of the scrum and line-out will be crucial to the final result.”

Cooper on the mend 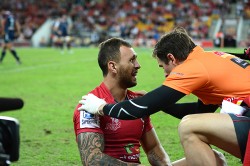 Former Wallaby flyhalf Quade Cooper is now targeting the October 18 Bledisloe Cup match at Suncorp Stadium as a possible return to the Test team. “The medical staff say everything is right,” Cooper said. “Now mentally I have to go out there and make sure I am confident.”

Cooper will play from the bench for Brisbane City against Queensland Country in his first full-contact outing since May. Cooper will be hoping that his shoulder is fully healed before moving on to the NRC and then challenging Bernard Foley for the Wallaby No.10 jumper. 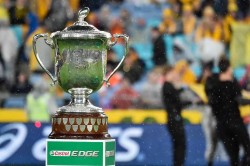 ARU boss Bill Pulver has expressed his interest in pushing the Bledisloe Cup further into the Rugby Championship schedule to prevent the All-Blacks dominance diminishing interest in the rest of the tournament.

Crowds and TV ratings have plunged for home games against South Africa and Argentina, following the Bledisloe Cup loss. “In the event unfortunately you lose those two games pretty well the Rugby Championship is gone…I would have thought it probably makes more sense to rotate those games,” Pulver said. 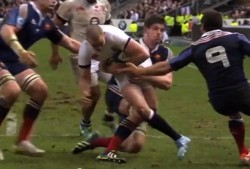 England have banned players from writing newspaper columns or making video diaries during the 2015 Rugby World Cup. In previous tournaments, players were allowed to take part in these media exercises as long as content was cleared by the board in advance.

An England Rugby spokesman told the newspaper: “We feel it is important that the players focus as much as possible on rugby during what will be the most intense period of their rugby careers.” The board are not clear on social media restrictions.