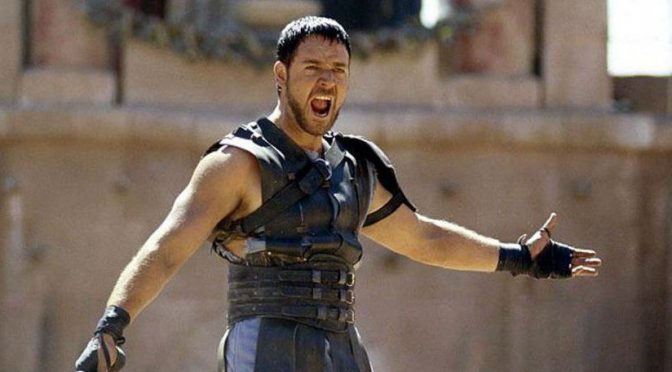 Are you not entertained?

Well, you should be!

With the Wallaby squad to face the jittery Frogs announced Sunday, Aussie teams to play spoilers this weekend to grand Kiwi plans,  next years comps to be ratified and a whole heap more, there is never to much rugby to discuss.

One overlooked fact from last weeks round, one truth every Oz Rugby fan can hold to be self-evident, that we doubled our win ratio v their sides last week. That’s right, we are now at 10% win ratio in TT. Who’s laughing now NZ. Yeah baby!

‘When Chekhov saw the long winter, he saw a winter bleak and dark and bereft of hope – he must have played the Kiwis a lot too’.

With the Trans-Tasman competition seemingly over faster than Christian Porter can scream ‘out of court settlement”, three Kiwi sides, the Blues, Highlanders & Crusaders shape up for the final two spots, with the Canes also a marginal, outside mathematical chance.

Whilst the Brumbies can play spoilers, overall Oz sides wont change the fact that two sides from middle-earth will still contest the TT final.

To Kiwi fans I simply say, your sides were far too good and well done. Oh, and whoever makes the final, a pox on both your sides.

Reds on the road, no JOC, Stewart or Vanivalu (also out for the French series) or Eru for that matter, with inexperience across the backs, a growing injury list and the fact the side has been underwhelming across TT I just cant pick them this week. The Padre has named both Kalani Thomas & Moses Sorovi on the pine, further confirming the injuries impacting the Reds and the lack of outside back options available. Canes by 20.

The brutality was back in the Ponies play last week and the Valentini v Savea battle was best I’ve seen in an age. King Ardie – the worlds best loose forward v the young upstart, was an absorbing contest. No quarter asked, nor given. Ponies at home, got their hard-edge back and with snow a possibility for Canberra on Friday night, whilst the Ponies will rue a poor TT, I tip them to have a big say in who makes the final two of TT. Ponies by 12.

The Ponies v Landers game will, I think,  actually dictate what type of game this will be on Saturday. If as expected the Landers lose the Crusaders need only win and collect the 4 points to make yet another final.

The Reb’s showed some respectable fight last week and stayed in the hunt to make it a contest, can they do the same against the South Island lords, miffed and hungry – me thinks not. Crusaders by 24

The Force may have proven the biggest impact to TT by an Australian side this year, when they snatched a bonus point off the Crusaders in the last play of the match. By the time of kickoff the Blues will likely already know there finals fate, as their two main rivals will already have played. The Blues control their own destiny, but if they switch off the Force will stick it to them. Blues at home and a chance to host the final should be far too strong. Blues by 20.

My biggest concern this week is the Tahs being able to field 23 players. With Gordon & Porecki (who will miss the French tests altogether) added to an infinite list of already injured players, the Tahs will be drawing heavily on cavalry from Shute Shield ranks. The Tahs squad really resembles a version of ‘The Walking Dead’.

My tip for this game, it will be ugly in either quality or score, more likely both. My prediction – reruns of The Crown on Netflix. 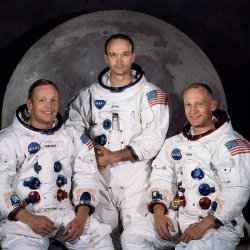 Woody, Buzz & some other guy. Buzz was a renowned hater of ‘second man’ plays.

Like protruding foreheads, deep set eyes and a guttural grunt in lieu of actual words, the origins of this move can be traced from Loig and like the Wuhan Wonder Bug, it’s now infecting humans as well.

The ‘attacking move’ has become de rigueur for our rugby attacking maestros & in doing so, a blight on the game of Rugby in Australia.

In Union this ‘second man’ or ‘out the back’ move is almost completely ineffective or worse, an actual hindrance to the attacking side, given ours is a much more a game centred around the contest for possession, both retention thereof, or the ‘turning-over’ of.

The origins of this move within the game usually begins around the wings or 5-10m infield. The initial set-up usually has at it’s core, 3-4 forwards that have already secured ruck ball. The 9 usually scoots out from said ruck behind a ‘screen’ of 3-4 different forwards and the ball finds its way to a ‘deep’ standing 10. So far so good right?

Now you have nearly every forward well in advance of the actual pill and effectively out of play. Especially when the play doesn’t, as is often the case, reach where the forwards have run to?

So, given the above, now we have those backs tasked with being spread wide on attack for said move, having to abandon it and instead contest a ruck (snigger – I know, but lets just humour them ok) just to secure possession, therefore rendering the attack useless. Those forwards used as the ‘screen’ now  literally scramble back to rescue the play or – wait for it – to set yet another screen for a relieving kick or worse, the ‘caterpillar’ kick (an absolute blight on the game – the moment a 9 touches the ball with foot or hand, for mine, its ‘play on’ – more on this next week). the kick invariably is another shite one and then, even if it finds touch it’s from so far behind where the play actually started anyway, that your own sides immediately under defensive duress!

The inception of the duress again – yep, our very own, ill conceived and executed ‘second man, out-the-back’ attacking move! Any wonder why Kiwi sides love it when the Oz teams have the ball!

The other side to this ‘attacking play’ is that it is set so deep behind the ‘screens’, it gives the opposing D time to read it, slide and adjust, without having to make any type of reactionary read or play, so again I ask, what is it exactly that this play offers?

As best I can tell (and I welcome the views of the learned on here) when used correctly there appears two main values to the ‘second man’ play:

1. As a decoy – where you instead play the ball flat at the ‘ad line’ to one of the ‘screen’ players as the D looks for the deeper play

2. Or run the pay sparingly after using the ‘decoy’ screen move earlier – essentially having defences second-guessing the move.

In contrast, look at the line from JOC 2.0 at (1.06 minutes in) &  Filipe Daugunu (1.25 minutes in) ran against The Chiefs from behind the ball carrier at Townsville. Both JOC & FD ‘sat down’ Anton Leonard-Brown in defence forcing him to ‘make a decision’ and each time ALB made the wrong one. The moves are even more beautiful in their effectiveness by their simplicity, as ALB is usually a brilliant defender. But under ‘duress’, even the best defenders can get it wrong.

Rugby is all about guile & deception, strategy & cerebral artistry, nimbleness and fluidity in motion. ‘Selling’ an attacking threat (as did JOC & FD) to opposing D when, the delivery and centre of the attacking threat is actually somebody completely different.

Let’s get back to being the ‘smart attackers’ of world Rugby with elegant, beautifully crafted and implemented moves more akin to a ‘Queens Gambit’ in vision, strategy & execution. That way we can leave Loig to be more concerned with ‘Queens Counsel’ instead.

Frinnz, or the next contestants on ‘When plastic Surgery Goes Wrong? Yikes!’

With the deadline looming for a decision from RA as to what the SR calendar looks like in 2022 NZR are certainly singing a different tune to this time last year with their ‘preferred options’ for 2022 and beyond.

Much to debate as RA looks for the ‘sweet spot’ between the short term cash injections it desperately needs, verse the long term welfare and ‘future proofing’ the best interests of the code in Oz.

It really is a multi-layered riddle this time round. Get it right and add in the wider prospects for the code (RWC, BIL’s, English tour etc) and the code can genuinely prosper for a sustained period (years), get it wrong and we may risk becoming the ‘stale bottle of piss’ of Australian sporting codes stagnating on the garage shelf, well except for soccer, which is, as we all know, perpetually rooted.

Over to you Hammer & Lex.

My beloved Tahs face a litany of unwanted records this weekend. However, the rules and consequences pertaining to a winless or ‘nude’ season are clear, steeped in history, sacrosanct and must be respected.

Having done a few ‘nudie runs’ in my time, one decidedly unpleasant where I was intercepted by Greens as they tried to ‘roll me back into the surf’,  I can only wish the entire Tahs players & coaches a lack of intemperate weather and a cloudy, dimly lit night.

The thing I hate most about Kiwis players is genuinely how hard they are to hate. This from Michael Collins via Paul Cully & NZ’s stuff.com.nz about the improvement in Oz sides and the value of TT.

Sam Phillips  updates us on the Eastern clubs plans for the Western clubs future (why does this sound familiar?). Yep, that’s right, what suits the Eastern Clubs best, the rest be damned (this is gonna bug me all day, I just cant place it).

I don’t know what it is the Western sides offer anyhow? I mean what have you done for us lately – except help spread the code west, stem the flow of gifted young athletes from going to other codes, engage with Oz #1 PI population and help the strength of the code nationally?? Bloody Romans.

Who’d be a Rugby Administrator right now? SMH reports the Frogs are yet to agree to the strict quarantine conditions surrounding their proposed 3 test series with our Golden Warriors.

If history has taught us anything – and it hasn’t – is that the French are very, very unlikely to surrender – sacré bleu.

In what is a terrific result for both our National pea-blowers and Nic Berry individually, he has been named referee for the first BIL test v the side formerly known as ‘World Champions’ in South Africa. Bez is one of 7 Oz officials to get higher honours in July  – well played team.