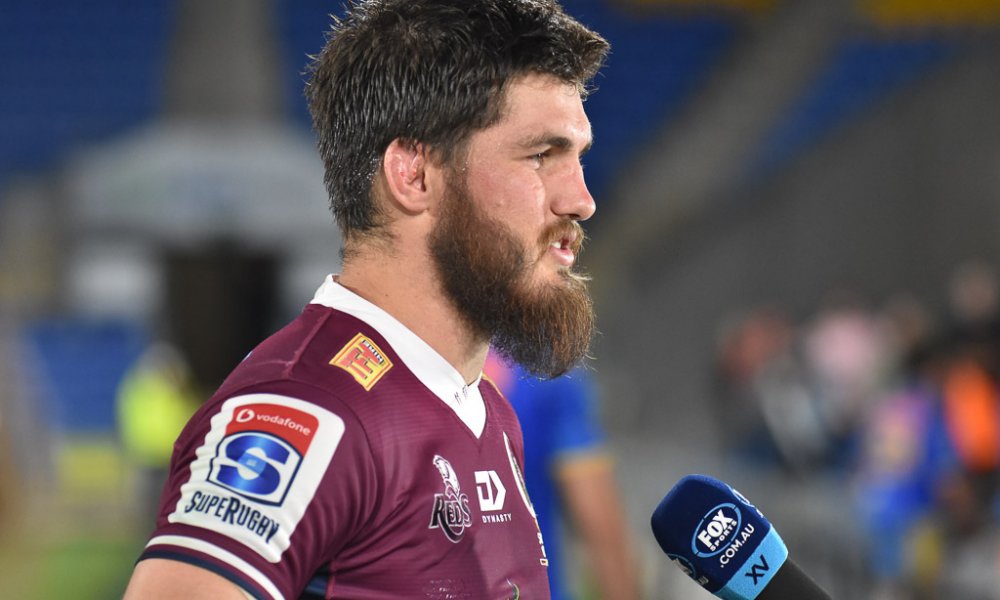 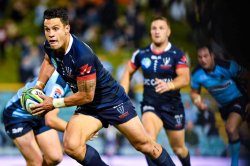 Just one game of Super RugbyAU this week as we have the qualifying final to decide who will meet the Brumbies next week in Canberra.

The Reds take on the Rebels at Suncorp Stadium (Saturday 1915EST, Fox Sports and Kayo) in what is hoped to be a crowd of around 20,000. This would be double the game against the Brumbies last week and a record crowd post-COVID restrictions.

Given their hot run of form of late the Reds have not tinkered with the team too much, making only two changes to the bench. Alex Mafi and Jack Straker come onto the bench as front-row subs replacing Josh Nasser and Ruan Smith. Mafi, along with lock Lukhan Salakaia-Loto are in line for their 5oth caps this weekend.

After scraping into the qualifier after edging the Force on the back of known pants man Cabous Eloff the Rebels have made a couple of changes in an effort to overcome the Reds. Brad Wilkin, Frank Lomani and Andrew Kellaway come into the starting side with Theo Strang, Rob Leota and Campbell Magnay coming onto the bench.

The Reds have the weight of expectation on their shoulders and go into the match as heavy favourites, having won their last three matches while only conceding three tries in the same period. The Rebels have been underestimated by most through this tournament and will be looking to continue that this week.

On the previous encounter, the Reds put on what was hailed as one of the all time defensive performances as they held a Rebels team that had close to 80% possession tryless. The flipside as I see it was not the Reds effort, but the lack of quality in the Rebels finishing and lack of imagination in attack.

One of the key clashes will be at flyhalf, with James O’Connor taking on Matt Toomua. O’Connor is now the absolute hot favourite to be the Wallabies flyhalf in the next squad, while Toomua is also likely to be there, but possibly at 12, which in the view of some, suits him more. 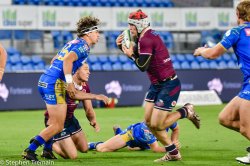 Forget the prickly pear, the cane toad, or Barnaby Joyce. The latest national pest has been identified and he is a Reds player.

Boom flanker Fraser McReight is the new target and his stats in Super RugbyAU show him to be the standout pilferer in the abbreviated competition.

Since the restart McReight has been responsible for 17 turnover wins, six ahead of his nearest competition, teammate Liam Wright, and more than double previous pest-in-chief Michael Hooper.

This combination and form with Wright is what has forced Reds coach Brad Thorn to adopt the twin openside model as clearly both of them were demanding selection.

Despite this form, McReight has told ESPN Rugby that he isn’t really thinking about Wallaby selection yet, saying, “I’ve had conversations with Dave and the staff there, but haven’t spoken for a few weeks,” McReight said of his international prospects. “I didn’t think I was even going to be in the conversation, so it’s a bit of fantasy, not my reality. If that does pop up later down the track it’d be great, but in the current climate you don’t know what’s going to happen, so my expectations are pretty low.”

It’s not just his ball hunting skills that are making him an asset. He is a strong ball runner and is a key part of a defensive structure that has allowed only three tries in the last 280 minutes of rugby.

McReight credits coach Brad Thorn with having the faith in him to do the job that has seen the results come, saying, “(Coach Brad Thorn) sort of gives you a bit of confidence in his own rugged terms, a license to be energetic, be a pest,” he said. “My big growth was picking and choosing my battles against quality opposition, who can clean you out really easily.”

With a number of class backrowers both here and overseas at the current time, it is a big ask to think he McReight will be there but clearly there is some scientific to say he is in with a real shout. 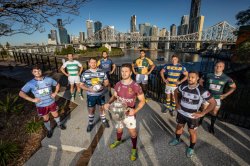 This is the weekly opportunity to throw some herbs in the pot and smell the aroma that is clubland.

WA has the top two continuing to pace the rest, with a logjam from third to sixth on the table. Second placed Associates notched 104 points last week but will face stiffer competition in the form of fourth placed Wests-Scarborough, while top side Cottesloe take on fifth placed Nedlands. Bottom side ARKs came close to grabbing their first win of the season last week against Cavaliers but will be hard pressed this week against a mid table Wanneroo side.

To the City of Churches, both top sides notched massive wins against underpowered opposition and with three rounds left, stiffer tests await. This weekend sees the four of the top five battling in what will be a likely preview of the finals. Top side Brighton take on fifth placed Southern Suburbs and second placed Old Collegians play third side Onkaparinga. The top four teams have put some distance on the others though an upset win by Souths will see this tighten to fourth placed Burnside.

In the ACT, there are three rounds left and things tightened a little with top side Owls going down last week. Only Whites look to be out of the finals mix at this point although an Eagles loss this week to Owls would probably be the end of their season. Royals also play Whites and Vikings take on Wests.

New South Wales has Gordon cementing their Premiership credentials with a big win over Randwick last week while Two Blues grabbed their first win in a while over Penrith. The table continues to throw up odd results with sixth placed Souths being taken apart by Eastern Suburbs. The game of the week on SevenTwo this week has third placed Randwick looking to bounce back from their loss with a tussle over fourth placed Norths. Several other games look to shape up the top half of the table.

In Tassie, Devonport march on, although the last game against Harelquins was closer than may have been expected. They faced third placed Stags this week while second placed Taroona play fourth team Lions.

Finally to Queensland and the Hospital Cup where University, GPS, Easts and Bond are the top four. Fifth placed Brothers hang onto fifth but will risk losing touch when they play arch rival and top team Uni in the game of the round this weekend. Wests host Bond, Souths host Easts and Norths host GPS in the other rounds this weekend.

As I say weekly, have a look at rugby.com.au and the handsome and gifted Nick Wasiliev’s column for more colour and all the links to watch games being streamed. 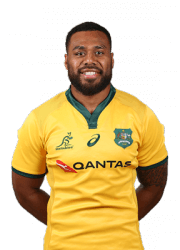 Will we see this man back in Gold soon?

In some late breaking news on Thursday, RugbyAU have announced some changes to the Wallaby selection policy, one short term and one longer term.

In the most interesting one, for 2020 only at this stage, RugbyAU have decreed that the Coach Dave Rennie will be able to select two players who do not meet the tradition 60 cap or 7 year service limit for the 2020 international window. The other change involves players returning from overseas, where a two year commitment has previously meant automatic eligibility once more for national selection. The change to this policy means there will be a “consultation phase” prior to their selection.

Interim CEO Rob Clarke explained the changes thusly, “This is a prudent and measured step in response to the unprecedented impact that the COVID-19 pandemic has had on Australian Rugby and the broader Rugby community.”

Coach Dave Rennie was less corporate in his enthusiasm when he said, “First and foremost, it is crucial that we recognise those players who are currently making a daily contribution to Rugby in Australia, and that will be reflected in the squad we name for this year’s Test season. We now have the chance to select one or two players based overseas who don’t meet the current criteria and they’ll not only add some experience to our group but be able to guide our young players to help their development.”

The change around consultation is a bit of a noodle scratcher, as it isn’t really clear what it achieves. Is it perhaps a signal to some of the more recent departures (*cough* Izack Rodda *cough*) that they won’t necessarily be welcomed back with open arms if they choose to return?

Other news bundled up with this announcement is that due to the “bubble” that must operate for the Tests to go ahead, 46 players will be allowed to be brought into camp for the duration.

Given the criteria has only been relaxed for two players, the question is this- If you could bring back any two players for the Test window, who would they be?