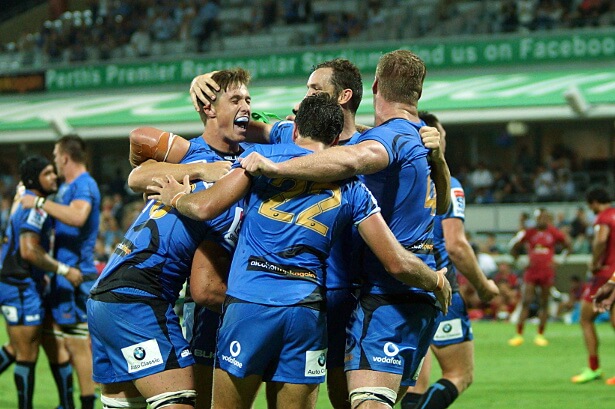 The Western Force broke a horrible sequence of ten losses at home by beating the Queensland Reds in front of a small but jubilant crowd at nib Stadium last night.

In a game in which three ex-NRL players made significant contributions, the score was tied at half-time but the home team played the humid conditions better after the break to win 26-19.

The game started sensationally when the Force put on a set lineout move and winger Chance Peni scooted through a gap to score just after the first minute had ticked over.

It was soon obvious that the high humidity affected handling and it was better to play at the other end of the park but players from both sides pushed passes instead.

When the Reds attacked from a driving maul close to the line scrummie Nick Frisby scooted around the blindside before passing to winger Eto Nabuli who dotted down near the corner post.

Both conversions had missed and the score was tied 5-5 at 19 minutes thanks to two league converts. 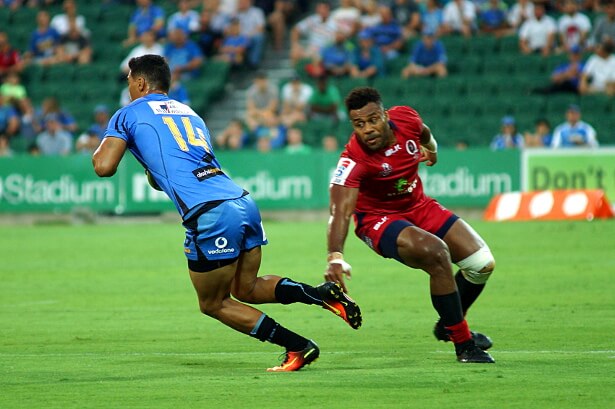 But Nabuli had scarcely gathered breath when he was in again after the Force turned over the ball in the Reds’ 22. Displaying speed and fine evasive skills for such a large unit he hared off to the other end and scored his second. Quade Cooper converted. Reds 12-5.

As Wallaby Adam Coleman limped off with a damaged calf Force scrummie, Ryan Louwrens, tapped a penalty in the Reds’ 22 and after stacks-on-the-mill, lock Matt Philip scored in his starting debut.

Both teams squandered chances in the seven minutes before the break as Peni could not handle a kick through for him and later passed when he might have chanced his arm. And 13 Samu Kerevi erred in running a couple of steps too far after Cooper had laid on a long-range try that wasn’t to be. 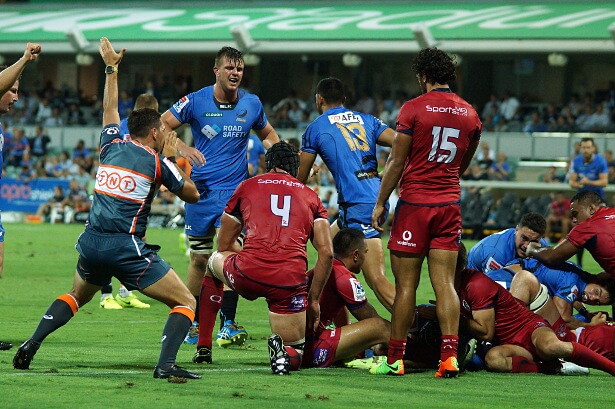 Reds’ coach Nick Stiles must have deplored that his charges were passing too much in high traffic and dropping the ball; not that the Force were blameless either. Kicking was the way to go: short to defeat the rushing defence of both teams; long to let the other side make mistakes in their own real estate.

Early in the second half kicking was not bad for scoring tries either as 12 Duncan Paia’aua kicked though for Nabuli to score his hat-trick try which Cooper converted from wide out.

But the Reds were having trouble getting clean ball from their lineouts in the humid weather. The Force, despite losing two of their stars: lock Adam Coleman (calf) and flyhalf Jono Lance (ribs), were handling the conditions better now. 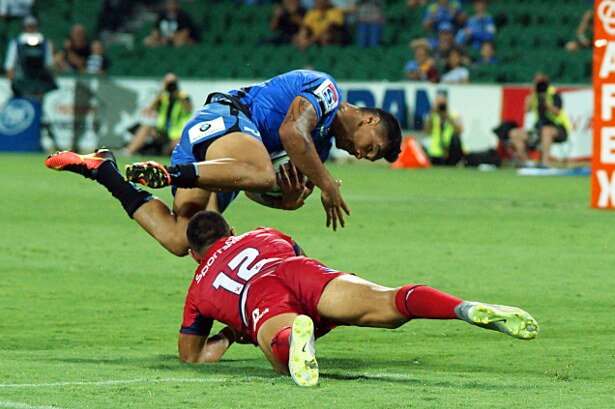 Chance Peni on the rise

Also the Force were winning the play-it-in-their-half contest and reserve scrummie Ian Prior was in the right spot to kick two penalty goals out of three attempts. The Reds still led but by only 19-18 with 14 minutes remaining—and then their reserve prop Sef Fa’gase got carded for a dangerous tackle.

Winger Curtis Rona scored for the Force after reserve scrummie Michael Ruru hoofed the ball through.  It was recovered by Dane Haylett-Petty who gave a money ball for a Curtis Rona try soon afterwards. Force 23-19 with ten minutes left. Prior missed the conversion but not a penalty goal five minutes later when a Force lineout lifter was taken out.

At the end the Force cleared the ball when the Reds threatened in their 22, and the celebrations began.

The conditions were tricky for both sides but the Force played more rugby in the Reds’ half and executed better at key moments. 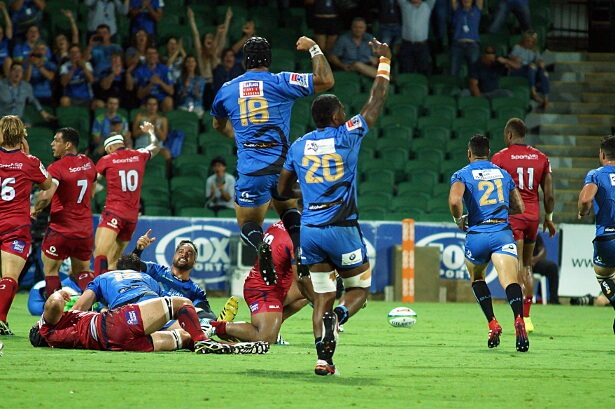 Force celebrate after clearing the ball

With three minutes to go the Reds had a 5-metre lineout and from a breakdown Ruru counter-rucked and earned the Force a penalty for hands in. Although the Force lost the resulting lineout and George Smith took it up for the Reds, Meakes was able to rip the ball out for the Force to clear the ball after the siren.

League recruits Nabuli, the hat-trick man for the Reds, and winger Peni and centre Rona, of the Force, were outstanding in this game of rugby union. There were fine cameos from Ruru (Force) and Perese (Reds) from the bench also. Despite the hat-trick of Nabuli, the G&GR man-of the match is Chance Peni.

Moore had a poor game; Cooper was below par but for starting one try. The Wallabies’ players had as many problems with the conditions as anybody else, though Haylett-Petty was the best of them. Since Cheika has given other league roughies a shout he will have a good look at the two eligible guys from the Force. 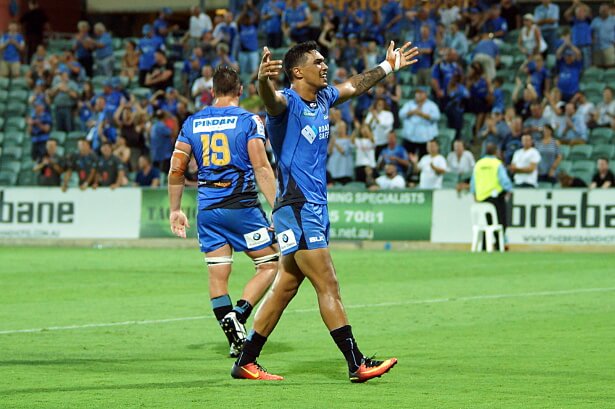 Curtis Rona – there’s nothing to this game