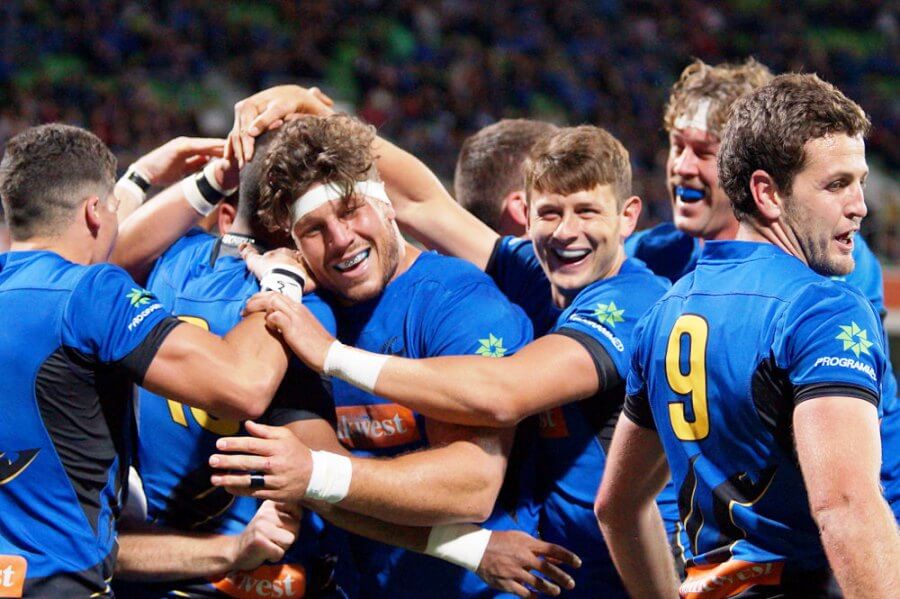 The Western Force hosted the Panasonic Wild Knights for the seventh and last of the World Series Rugby exhibition matches for 2018 and both teams seemed intent on living up to the title as the crowd was treated to a wonderful exhibition of scintillating rugby for the entire 80 minutes. In what has been a bit of a trademark for them throughout the WSR matches, the Force got the first try early on, though not before the Wild Knights had opened the scoring through a penalty goal. The Wild Knights then opened their try-scoring account for the night in the best possible fashion, scoring a wonderful “Power Try” through a long series of sustained possession up the middle followed by an audacious kick-pass to the flying winger who out-jumped his opposite number and speed past the cover defence for the corner. The Force however hit back immediately with newly recruited Jack McGregor beating all comers to the ball over the line after it had been toed ahead from a disrupted short restart.

This set the pattern for the match, with the Force having the majority of possession and territory and using it quite effectively then the Wild Knights looking exceptionally dangerous with any ball they did secure, in fact scoring off almost every opportunity. Although the play was fast and furious all over the pitch, it was not just the backs getting in on the action, there was plenty of hard fought metres gained up the middle by the forwards of both sides with Brynard Stander especially notable for his bullocking runs, one of which resulted in a try. Not to be outdone, the Wild Knights put on two tries off rolling mauls and seemed to be getting the better of the Force as a late try saw them head to the sheds with a handy 33-21 lead. 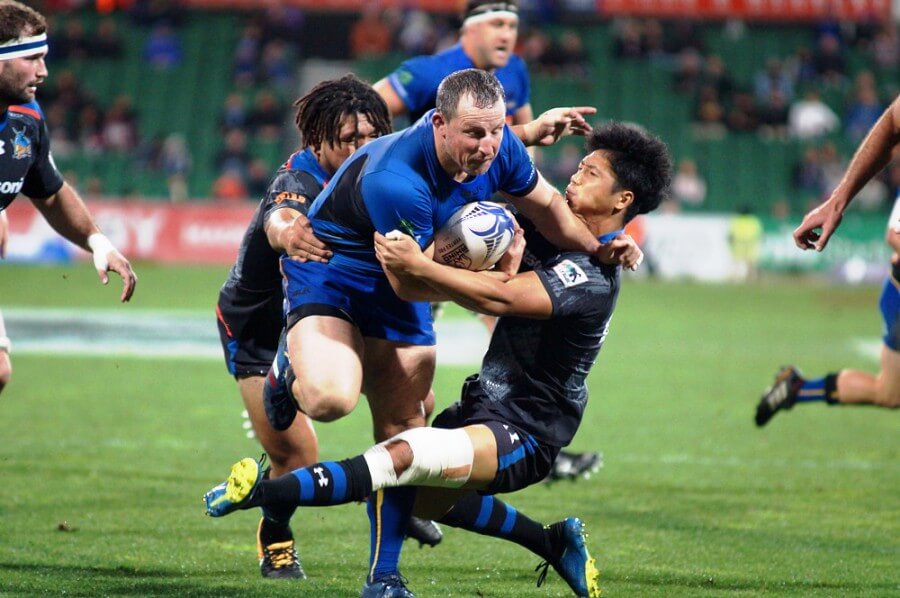 The 20 mins after the half was all Force, as they put on 4 straight tries to turn a 12 point deficit into a 14 point lead. It was inevitable however, given the flow of the game, that the Wild Knights would come back into the game, and so they did, scoring the next two tries to reduce the gap to just 2 points with seven minutes left on the clock. A penalty awarded to the Force saw Ian Prior lining up to take the three, a sight rarely seen throughout the preceding WSR matches, where kicking for touch has been the favoured option for most. The ball fell over the crossbar, giving the Force what turned out to be a match-winning 5 point lead. The Wild Knights pushed hard over the remaining minutes but were unable to penetrate the Force defence one last time to snatch the victory. The Force taking the win in fine fashion, 50 – 45.

The roar of the just under 15000 strong crowd as the final whistle blew and the obvious jubilation of the players on the pitch showed just how much this victory meant at the end of a highly entertaining match played in great spirits. The only sour note was the potentially serious injury to Berrick Barnes half-way through the second half. He had an excellent game up until that point and we can only hope it is less serious than it first appeared and he is able to get back on the field for the Wild Knights sooner rather than later. 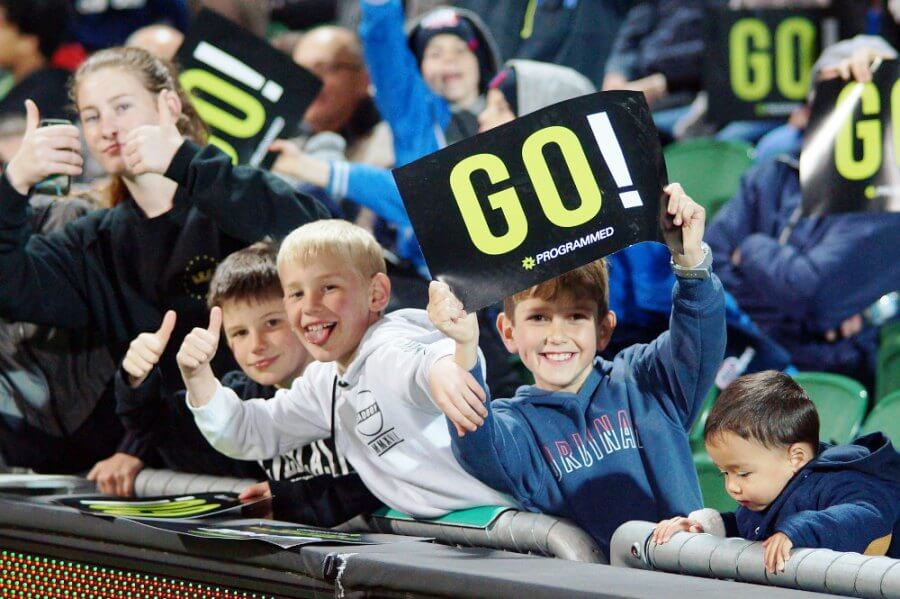 There were plenty of backs from both sides showcasing some wonderful skills and speedy runs tonight, Berrick Barnes and Andrew Deegan led their teams around park well, the wingers all had moments of brilliance and some defensive lapses, Jack McGregor carried on this week as he left off last week, seemingly stepping defenders with ease, he looks a very good acquisition for the Force. But the man of the match tonight goes to Brynard Stander. He was a stand out both on attack, scoring a brace, and on defence, being one of the few players that managed to put on some dominant hits. In a night off attacking play, he managed to make an impact in defence, which is no mean feat.

Andrew Deegan and Tevin Ferris both had solid matches following on from their game with the invitational side which took on the Wallabies in the pre-bledisloe trial game two weeks ago. Both Jack McGregor and Clay Uyen are young exciting players with excellent potential. While it would be premature to suggests that any of these four are in the Wallaby frame just yet, even as bolters, if they carry on their current form into the NRC later this year, then they could certainly make a few people sit up and pay attention.

Verdict on the WSR Trial matches:

For what they were I think you have to judge these games as being a success. They have done what they set out to do which was to put on some high class, entertaining rugby for the Western Australian (and broader) public. Western Australia for their part have responded well, with over 104000 people attending the 7 WSR games at an average of just under 15000 per game, with a large number of these being kids or first time rugby fans. The atmosphere at the games has been wonderful, with exceptional pre-game, half-time and post game entertainment making sure the match was an experience for all concerned. Not every innovation worked, I am certainly not a fan of the on-field, post try interviews, but there were more hits than misses by a long way. In terms of the rugby, the teams all played in great spirit and the rule changes had a positive but minimal effect on the game. The Power try gave some incentive for teams to run from deep, but there was still a lot of kicking in order to clear out of your own 22. Rugby is still rugby. I liked the rule variations and the intent behind them to keep the ball in play for longer so I would like to see them kept and tweaked going forward. It was difficult as most teams only played a single game under these laws and were unlikely to be able to adapt so quickly, trialled over a full season, things may be a bit different as teams will have the chance to get more creative in their approaches.

Encouragingly as a WA fan, the night ended with a promise of more to come. It will be very interesting to see how the new competition looks to form over the next few years as this will be far more challenging than putting together 7 stand-alone exhibition matches. The potential is there, and if things are done right, it can benefit rugby as a whole both internationally and here in Australia. Here’s hoping it does, as rugby in Australia could certainly use a boost right now.