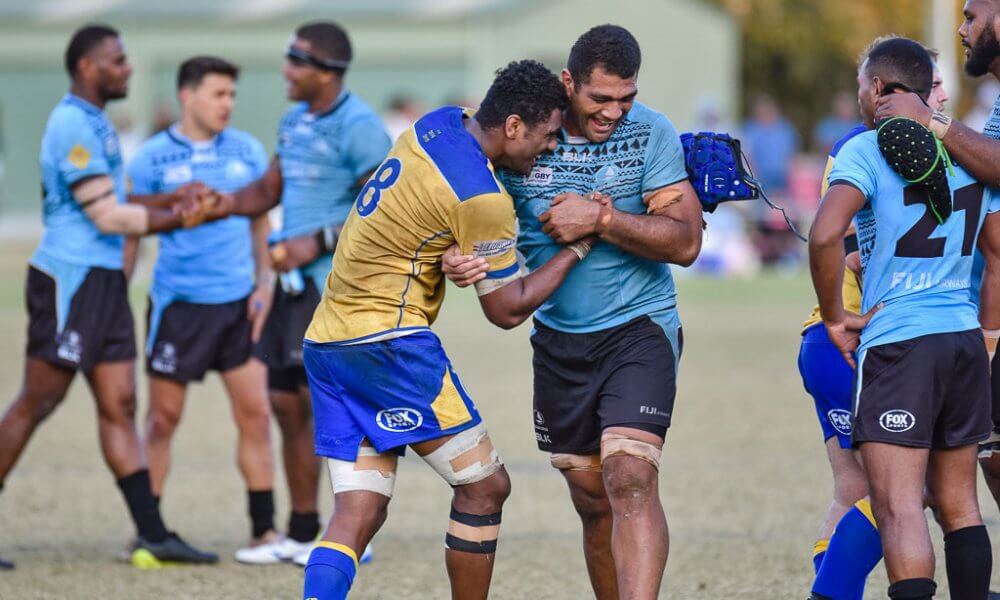 Brisbane City and the Fijian Drua have played out an enthralling 22-all draw in front of a decent crowd at GPS Rugby Club. The match was full of momentum shifts, as the lead changed hands regularly throughout the match.

Both sides will be disappointed they didn’t come away with the win due to some missed opportunities with ball in hand and some poor kicking from the tee.

Both sides seemed keen on playing an up tempo style of game with the footy being thrown from sideline to sideline throughout the match.

The Fijian Drua took advantage from a kick out on the full by Moses Sorovi to register the first try of the day. Off the lineout inside centre Cyril Reece put the Fijians on the front foot before some good passing in contact by flanker Jone Navori opened up flyhalf Peceli Nacebe to score an unconverted try out wide.

However, Brisbane City hit back moments later in the 9th minute through a brilliant try to Hunter Paisami. Blindside flanker Michael Wood produced an excellent offload to put captain Fraser McReight away before the youngster showed plenty of smarts to go to ground and retain possession. Sorovi then found Lucas down the blindside who quickly shifted on to Paisami to dive over for an unconverted try to level the scores at 5-all.

Both teams showed had opportunities to score again but a last pass error kept the scores at five all after 15 minutes.

Fijian Drua proceeded to shock everyone by taking a shot at goal after a dominant scrum penalty in the 19th minute to give the Drua a 8-5 lead.

Once again Brisbane City hit back immediately with a try in the 22nd minute to Teti Tela. The Drua where matching up field with ease before McReight won a penalty for not releasing at the breakdown. Off the proceeding lineout, flyhalf Isaac Lucas stepped through the Fijian defence before popping the ball up to Tela in support to cross under the posts.

The Fijians continued the back and forth nature of the match with a comical try to prop forward Joeli Veitayaki in the 29th minute. Brisbane City hooker Brandon Paenga-Amosa produced a brilliant pilfer on his try line to stop a seemingly imminent try, before number 8 Seru Uru undid all the good work with a loose pass to allow the Fijian prop to dive over under the posts to take the score to 15-12 Fiji’s way.

After the game had seemingly settled down with both teams displaying some good defensive work, Brisbane City got the last laugh on the stroke of half time with a try to winger Sefa Naivalu.
With the forwards laying some good front foot ball, Brisbane City put it through the hands out wide to open up fullback Lawson Creighton who did well to draw and pass for Naivalu to crash over, giving City a 17-15 lead at half time.

Fijian Drua would have been disappointed going into halftime, as they created a number of line breaks but failed to capitalise on the opportunities due to a number of forced passes.

Both teams created chances in the first twenty minutes of the second half but handling errors prevented either side building consistent pressure.

Brisbane City’s dominance at the scrum was giving them plenty of ball in the Fijian’s half, however, the work of number 8 Johnny Dyer at the breakdown kept the Brisbane side at bay.

The Fijian Drua finally broke the deadlock with a second try to Peceli Nacebe off the back of some patient build up. Inside centre Cyril Reece stepped into first receiver to take the line on before a beautiful offload to his flyhalf put Nacebe away under the posts to give them a 22-17 lead.

Fiji looked to extend their lead out to 25-17 with a kick at goal from 40m out, but Nacebe failed to convert.

Brisbane City went to work to get themselves back into the game off the back of some dominant forwards play and ill-discipline from the Fijians. With a five metre lineout, Brisbane attempted a maul before spreading it wide for reserve Nick Chapman to cross out wide to level it up with two minutes to go. Isaac Lucas’s kick once again was pushed left to set up a brilliant finish with a minute to go.

Fiji Drua seemed to be building towards a special finish with some patient build up getting them to the 22m line, however, a drop ball at the base of the ruck turned the ball over to Brisbane.

With the hooter gone Fiji’s reserve halfback Joseva Kuricuva seemed to have a brain fade kicking the ball out to end the game 22-all between Brisbane City and Fiji Drua.

Peceli Necebe was brilliant all day, however, his missed penalty goal with 15 minutes to go would have given the Fijians an 8-point lead. Ultimately, this would have won the game for the visitors but it is hard to criticise the flyhalf who was instrumental in the Fijians.

A tough choice with Fraser McReight, Isaac Lucas, and Peceli Necebe all delivering a great performance, however, Johnny Dyer was ultimately the difference between the two sides. His work at the breakdown held off wave after wave of attack from the Brisbane City forwards, while in attack he regularly busted the first tackle.

Fraser McReight was immense for Brisbane City. His work in defence was Michael Hooper like, while he showed plenty with ball in hand, with his involvement regularly contributing to the Brisbane outfits tries. 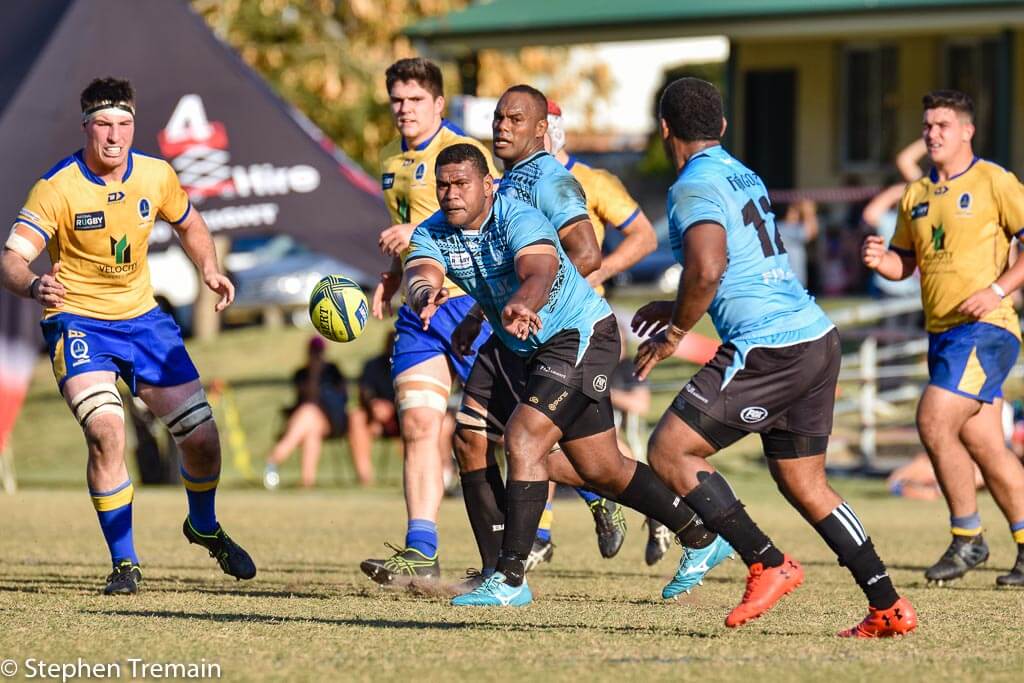