Dwyer’s View: how the Brumbies delivered their best yet 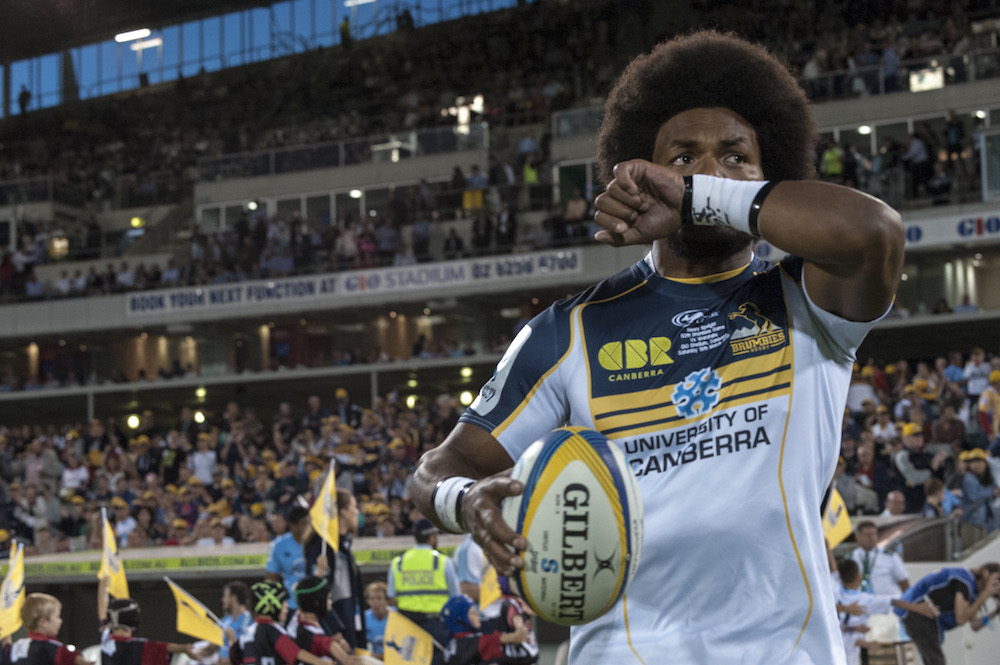 Dwyer’s View: how the Brumbies delivered their best yet

If your attack stands fairly close together, runs straight, accelerates onto the ball and supports the ball carrier accurately, it gives you maximum opportunity to ask questions of the defence. It also gives you maximum opportunity to recycle the ball immediately, and if you shift it again without delay then you are a difficult team to defend against (the more things change the more they remain constant).

The Brumbies are a very well coached group; the refinements to their running lines and spacing – and I must say the accuracy of their passing-  is a credit to the coaching staff. I know from experience that this only happens with constant attention to detail at practice: hard work for the coach but great for the team. I can only think of one ordinary pass all game; from Nic White to Scott Sio. If you play this way you give all of your players the opportunity to show their ability.

We saw Scott Sio return to his earlier form and Leon Power played better than he ever has. There was a real return to form by Ben Mowen and we saw all of the backs add to the performance. If you run straight you force the defence to run straight at you leaving space either side of defenders. If you run across field you drag them across-field and there’s no space between them. You also reach the advantage line much quicker and make the role of the support player easier. Then we start to bring the guys who aren’t as quick onto the ball and keep them out of positions where their understandable lack of acceleration places them at disadvantage.

This is what the Brumbies did and continued to do while they had 15 players on the field. It made life extremely difficult for the Chiefs. The Brumbies played very well – this  is as well as they’ve played for some years. It’s clear they’re a worthy semi-finalist and it will take a good team to beat them.

We all have a view of who’s a good player and who isn’t. But the reality is that there are a lot more players who could be very good if they were given opportunity. In the case of the Brumbies we could take Josh Mann-Rea for example. He’s been a decent player and potentially a very good player for a long long time – he’s now 33. Josh played Aus U19’s and then Waratahs academy – never really higher than 3rd or 4th choice hooker. But he’s been given his opportunity due to a number of injuries and has played very well; he’s a good scrummager, line out thrower and does at least his own share of work, carries well and makes his tackles.

Another player is Robbie Coleman – he’s not your fashionable style of winger (105kgs) but he’s an extremely capable player keeping another very good player – Pat McCabe – on the bench. We need to look below the surface to find out whether players with potential can be transformed into very good players. Thankfully the NRC in the coming months will give us the opportunity to reveal another handful of quality players.

From the beginning Henry Speight was nothing short of fantastic. It took the Chiefs a while to figure out not to kick off to him! This is an indication that as soon as he satisfies the obscure IRB regulations then he will be a big plus to the Wallabies line up.

Sam Carter immediately showed all of us just how much he’s been missed by the Brumbies and this team now is a much different outfit that was trounced by the Waratahs a few weeks back.

I think it’s fair to say that this was the sort of performance I talk about when I say that the collective performance is more than the sum of its parts. This is the way quality rugby should be played. I can only see a couple of blemishes: Jessie Mogg’s kicking game has fallen away, and you can’t afford to miss two easy goal kicks when you need to put the opposition to the sword.

I said a couple of weeks ago that the Waratahs this season have made a habit of making good teams look ordinary (witness what the Highlanders were able to do in Durban). Let’s just see if the Tahs can do it again….