During the week Mark Hammett commented that, in terms of intensity, this was going to be a test match and he was spot on. These two teams went hammer and tongs, both refusing to be intimidated by what was on the line, and the sense of occasion. In the end it was the Crusaders ability to play rugby in the half of the field they chose to, through their vast collective experience of winning, that took their seventh super rugby title.

It was also a game of conundrums. In the first half the ‘Saders had upwards of 75% possession, and yet went in at the break 2 tries to 1 down at 11-12. They had camped in the Tahs half of the paddock, but ran into the heroic last man standing defence that the Tahs have made their calling card in 2008. In contrast, the men from New South Wales had only two attacking chances and Lachie Turner, choosing the exact right match to get back to his best, took them both beautifully.

The first try (highlight below) came after 9 phases of play. The ball started at a line-out on the other side of the field, which the Tahs took wide via Norton-Knight after a couple of phrases through the middle. From there a handful of pick and drives, inching nicely into the Cantabrians 22 and then this gem of a cross-field from Beale, that perfectly isolates Carter. Only 8 minutes down on the clock.

The clip of the next try in the 26th minute is a good vignette of the game, as it shows a) the pace at which the whole Crusader team moves up in both attack and defence, their trademark, and b) the pressure the Tahs put themselves under too many times through the lack of a tactical kicking game. (Just quietly I look forward to Aussie Robbie injecting both of these into the Wallabies).

The Tuiali’i try below a minute before half time was one of a few the ‘Saders might have had if it wasn’t for otherwise strong Tah defence and the odd poor decision from the home side.

So the second half was set for a humdinger, and although there were no tries and therefore no video highlights, it didn’t disappoint. The Tahs came out with a better attitude in terms of ball security, and despite a penalty to put it 14-12, they were starting to get into their stride when a crucial 10 minute period of play came along at the 54th minute.

First off, from some turn over ball the Crusaders yet again found acres of space at the back, hoofed the pill 50 yards down and then, with Rob Horne (who didn’t seem to get into top gear) and Tuqiri scrambling back, the ensuing bobbling ball found a swarm of red jerseys with the prop Wyatt Crockett dotting down.

That could have been game over except that the decision was more than reversed when Brad Thorne was sin-binned for a punch on Vickerman in backplay that the NZ camera crews miraculously couldn’t find. So, it looks like the Tahs have the upper hand, except when Beale goes down 2 minutes later with injury and leaves the field. 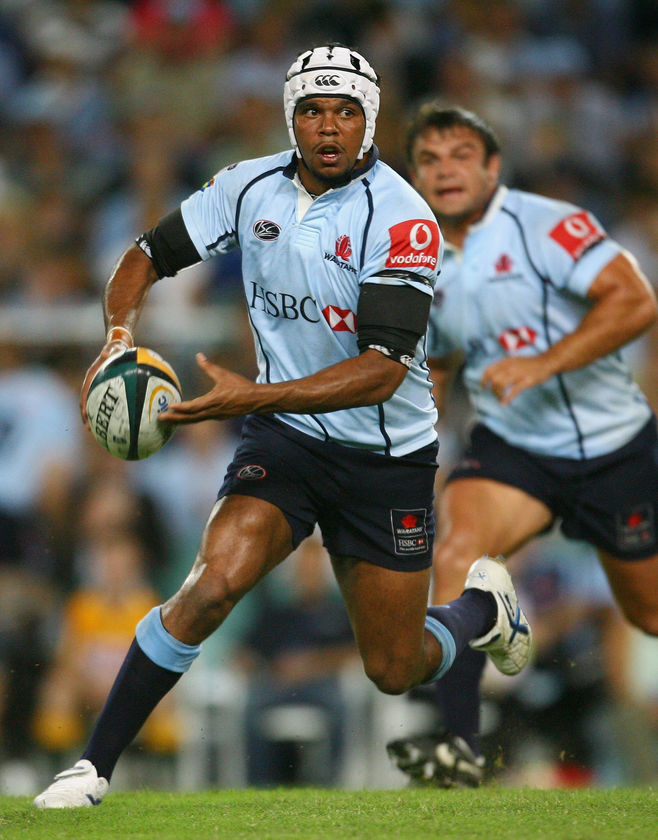 Opinions on KB are like arseholes, everyone’s got one. Is he the goods or not? Tonight I believe he took another big step forward with far more confident running and defensive play. But the ultimate indication of his importance to this back-line came after he left the field, when the Tahs immediately lost their shape, and with it, ability to attack or win this game. That’s a pretty big impact for a 19 year old.

The game slugged on, replacements being made and the Tahs again stoic in defence. While Turner got the tries in this game, it’s no doubt who got the G&GR Man of the Match – the captain Phil Waugh who has played out of his skin all season and pulled the Tahs arses out of the fire numerous times in this game with steals and big tackles.

In the end though the pressure of territory that the ‘Saders put on was too much, with Carter lobbing over a drop-goal in 70th and then another penalty in the ’73rd to make it 20-12. The Tahs played a great game out of their own half, and probably would have beaten just about any other side tonight, international or not. But over 80 minutes against this side with no territory, you ain’t gonna make it.