Fancy your own club team training session with Robbie Deans?

How about the honour of knowing you and your team scored the best try in all of Australian club rugby for 2010, as personally chosen by the Wallaby coaching staff?

On top of these, how does a swag of the latest KooGa and Skins gear for you and your team mates grab you?

All this and more could be yours if your club enters and wins the Green and Gold Rugby Best Aussie Club Try.

Each Saturday through the season, superb tries are scored on rugby grounds across Australia, with only the dedicated few seeing these gems. But now, with the regular videoing of club matches there is the opportunity for the best of these tries to be shared with the world, and for them to be personally reviewed by the Wallaby coaches and selectors themselves. 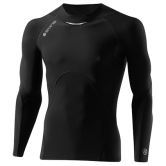 How the competition works, and the prizes
The promotion is open to any rugby club in Australia and offers a range of prizes for players and the clubs themselves. There is no cost for clubs, who participate by uploading to YouTube videos of the best tries scored by their teams each month during the Australian club rugby season.

At the end of each month G&GR’s expert panel will select a short list of five tries which will be broadcast through the G&GR and ARU websites allowing the public to vote on their favourite. The player who scored the most popular try of that month will win the G&GR Best Aussie Club Rugby Try award for that month, $500 dollars’ voucher for Skins products and a swag of Kooga products. 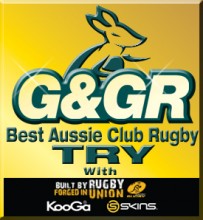 How to enter
To participate in the promotion, clubs need to upload video footage of their nominated try to their own YouTube account. If clubs don’t already have their own YouTube account it’s a very simple process to setup and G&GR has also established a “Frequently Asked Questions” section on it’s website (https://www.greenandgoldrugby.com/clubtry/) that provides tips on any technical issues clubs may face. Once clubs have uploaded their video to YouTube they can register their try through the G&GR website by providing details of the try such as the date scored, name of the player that scored and the YouTube URL for the try video.

There is no limit to the number of tries that may be submitted by a club each month. Voting for tries is limited to one vote per person, but G&GR encourages clubs to get as many of their players and supporters as possible to vote for any of their tries that are selected in the monthly short list. Voting will take place on https://www.greenandgoldrugby.com/clubtry/

This promotion is for entry by clubs only, so if you’re a player, parent or coach that wants to see your favourite try broadcast to rugby followers all around the world, get in touch with your club and ask them to submit your entry.

Chance plays no part in determining the winners in this promotion. The judging will be based on individual skill levels of the players involved, level of teamwork involved in the lead up to the try and the level of innovation of attacking moves. Clips that are poor quality or contain offensive images will be ineligible and disregarded.

The Big Idea
Apart from the great prizes on offer, this promotion gives Australian rugby clubs the chance to show the high standard of rugby people can experience at clubs all around the country each weekend. It also provides an opportunity for players to have exposure to the Wallaby coaches through their involvement in the judging process and the coaching session that forms part of the prize pool.

You can get an idea of what you’ll see by watching the video below; the tries scored in last month’s Australian Club Championship match between Brothers from Brisbane and Sydney University. If you think you’ve got something to offer to give these examples a run for their money, then start uploading now.

If you think you’ve got something to offer to give these examples a run for their money, then start uploading now.

Acknowledgements
Green and Gold Rugby would like to thank Rugby.com.au, KooGa and Skins for their support for this initiative

Contact
Any enquiries regarding the promotion should initially be directed by e-mail to clubtry@greenandgoldrugby.com