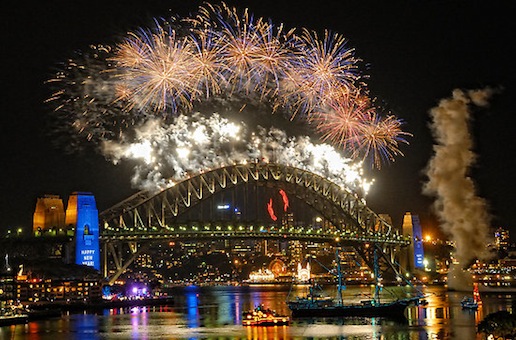 Records are meant to be broken.

Having sat through the 5 x TT round #2 games and with this a match review of the Tahs v Blues game, it’s actually hard to know how I feel about it all?

Should this just be a simple match review that ‘X’ player scored a try here, ‘Y’ player did something else there, culminating in a 48 – 21 thumping? That a crowd of ‘ABC’ witnessed a game played out at Eden park and blahdy – blah – blah. Or do I reference that round #2 saw the Kiwis beat all Oz sides by a combined 211 – 76?

Instead I have settled on a compromise piece about the Tahs at the end of TT round #2 and my overall observations re the men in blue so far.

I won’t rehash the sacked coach, recruitment and complete lack there-of or inexperience of the side and nor will I question the heart and efforts of those players in sky blue. Certainly the application is there, no doubt they train hard, they are well prepared physically, they have reasonable skills and to a man, they sacrifice and strain to put themselves into a position to front every weekend. So if it isn’t their preparation, it’s not the lack of endeavour or willingness to simply ‘have a dig’ then what is it that has seen them let in 112 points over two TT games at an average of 56 – yes, 56 points a game?

The one overriding and gnawing feeling in the pit of my rugby soul is simply this – the Tahs are ‘rugby dumb’ and it’s not necessarily the young guys at fault.

The Auckland Blues tonight didn’t have to have set piece plays, or well thought out moves containing a thousand moving pieces with guile and deception to bamboozle the Waratahs, they simply had to wait for ill-discipline, brain-farts, break down in rugby fundamentals or simply rugby stupidity personified. Any of these events guaranteed them turn-over pill and wham bam, thank you mam – 48 to 21 in a canter.

I wish I could simply write that off to inexperience, but having watched all 5 games from start to finish, all our sides suffer the same infliction, but I’ll stick on the Tahs for now.

The NSW side are mentally soft, there, I said it.  Not all of them mind you, but enough of them that this toxic, creeping malaise permeates every fibre of the blue jersey and leaps from their fragile psyche onto the field through their actions, game in, game out.

You only have to look at things like a penalty to the Tahs, they take a quick tap from 60m out (that’s 60 METRES OUT from the Blues line). The Tahs player runs 4 yards and then, wait for it, grubbers to nobody, no one in sky blue that is. What do the Blues do, well spin it wide and score a couple of phases later don’t they.

I’d have to watch the game again to be completely scientific in my review, but to be frank I’d rather watch Eurovision for entertainment value and let me tell you, I farging hate Eurovision. From recollection I recall that all the Blues tries and a fair few more they should have scored, had at their genesis a Waratahs mistake, brain fart, panic or rugby stupidity.

I appreciate there are mitigating factors outside the players control. Recruitment, coaching decisions, player retention – ad nauseam, but the things the players can control is their effort, application and their attitudes.  Deliver on those fronts and this Tahs fan will be ecstatic. It will show rugby maturity, clarity and leadership. Don’t reinvent the wheel and work on the 35 things that we are currently piss-poor at, but nominate those 3-5 things that can be addressed per game and soon enough ……….well, small fish soon fill a bucket.

Now to the coaches. No doubt Jason Gilmore has some abilities as a coach. His track record with the U20’s is not to be sneezed at but doesn’t he have head coach ambitions at the Tahs? Isn’t he currently also in charge of ‘D’ at the Tah’s (and has been last two seasons)? Now that’s a job interview I’d pay to sit in with NSW Rugby HR on:

JG – ‘It is. but I love the challenge, The former coach, some Kiwi guy, was absolute tripe, but we’ve righted the ship, turned it around and now set to be breaking records’

JG – ‘Well yes, we just equalled a long standing record and I believe we are well on our way to smashing it. We’re involved in expansive, high scoring affairs, especially against NZ sides, with a stack of tries being scored during the match – in fact our last two outings have yielded a total of 181 points.’

HR – ‘It sounds exactly like what we’re after for the Sydney – sorry, NSW (both chuckle out loud) market place. So how does a  7 year contract@ $800k per sound – about right?’

HR – ‘Well. keep up the 90 points per game average in TT and we can talk pay rise’

JG – ‘that shouldn’t be a problem’