British & Irish Lions Tour: Where the series will be won and lost in Auckland 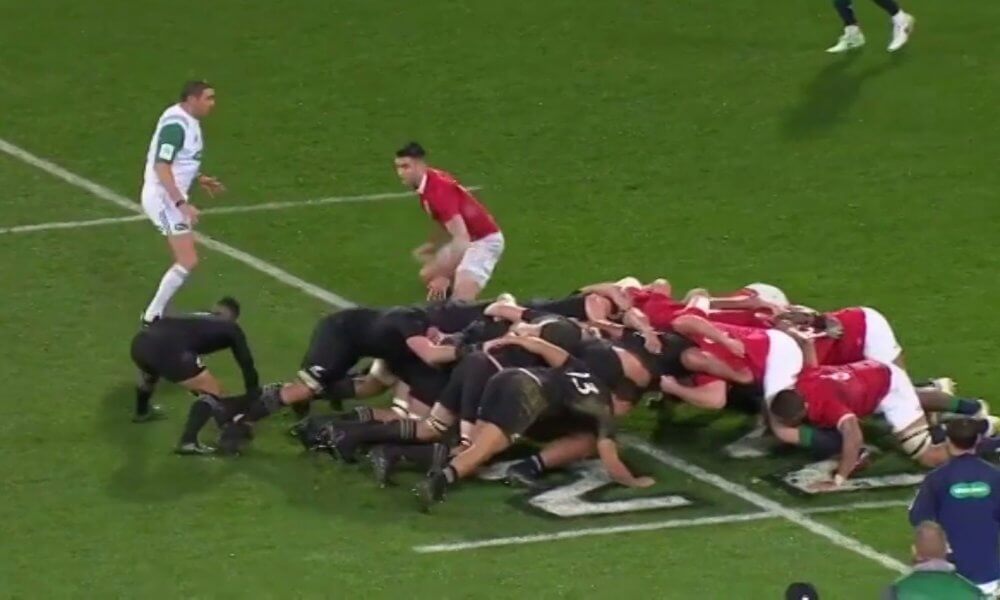 British & Irish Lions Tour: Where the series will be won and lost in Auckland

The British & Irish Lions stunned the world last Saturday, when they pulled off a 24-21 defeat of the world champions New Zealand in Wellington.  The victory saw the All Blacks’ immense home winning streak snapped – a streak which stretched all the way back to 2009.

They now have the originally unfathomable opportunity to claim just the second series win for the Lions in NZ, after the first one came 46 years ago in 1971.  They’ll have to act as streak-busters again though, as the ABs haven’t lost in Auckland since 1994. Whilst this group is young, Steve Hansen’s men are not the number 1 team in the world for no reason.

The B&I Lions will go into the match unchanged from the team that claimed victory at a wet Westpac Stadium, managing to hang onto loose forward Sean O’Brien, despite a midweek tribunal hearing.  Warren Gatland has also opted to start Mako Vunipola, despite the loosehead prop receiving a yellow card, and giving away 4 penalties, in an undisciplined performance that gave the Blacks an unnecessary helping hand.

The Kiwis’ forward pack will go in unchanged, but Head Coach Hansen has made a number of changes in the backs.  The suspended Sonny Bill Williams has been replaced with Ngani Laumape, who made his debut in the Second Test.

Fellow rookie Jordie Barrett will also start at fullback, replacing Rieko Ioane, who started on the wing last week. On the other wing, Julian Savea replaces Waisake Naholo, who will miss the decider with concussion.  Coming onto the bench is Malakai Fekitoa, who recently featured in the annual ESPN Magazine ‘Body’ edition. He will provide 23 caps of international experience.

Experience is the hot topic for New Zealand this week, with Steve Hansen showing enormous faith in his rookies Laumape and Barrett – both of whom own only 1 cap, both off the bench.  Hansen could’ve started Fekitoa at second five eighth, given he is far more experienced internationally than Laumape. He also could’ve moved centre Anton Lienert-Brown inside, starting Fekitoa in the 13 jersey.

As far Jordie Barrett’s position at fullback, Hansen had surprisingly few other experienced options to take the young prodigy’s place if he’d wanted to.  Winger Israel Dagg started there last week, and did his best in monsoonal conditions, but with Waisake Naholo and Rieko Ioane unavailable, Hansen would’ve had to go with a debutant anyway.  Chiefs 15 Damian McKenzie was the only other option for the All Blacks, without a major reshuffle involving Beauden Barrett to fullback and Aaron Cruden into first five eighth.

All these options he resisted however, going with the Hurricanes connection of Beauden Barrett, Julian Savea, Laumape, and Jordie Barrett at fullback.

Hardly a poor option, given the Hurricanes are 11-3 this year, and have scored the most points of any side in Super Rugby, but it is certainly a leap of faith for NZ, playing in their biggest match since the 2015 World Cup Final.

The British & Irish Lions will have the option to target the youngsters, if they dare.

As well as they managed to shut down the opposition’s backline last week in the wet, dry conditions are predicted for the decider, and attempting to exploit weaknesses in players as talented as Laumape and JB could rebound hard.  Laumape will line up opposite Owen Farrell in the Lions’ defensive line on Saturday. Farrell did his job at the Cake Tin, standing up when asked, to convert Conor Murray’s try, and to kick the winning points.  Occasionally, Laumape can go looking for the big hit, as he did against Dan Biggar when playing for the Hurricanes, and in the Second Test when replacing Williams. His positioning in the line will be a big focus for the Lions, as Farrell’s world-class short range kicking skills will mean the ABs will want to stay disciplined in defence in order to not give him an opening.

To help manage this, fullback Jordie Barrett will also need to be a vocal leader at the back of the field. Whilst he owns good chemistry with left-winger Julian Savea, he has no played with Israel Dagg much.  His making sure the backline is in position, particularly his back three, will also be key to shutting any openings the Lions may spot in the backfield to exploit with the boot of Farrell and/or Johnny Sexton.

Barrett may have made a few blues in his last match against the Lions, for the Hurricanes, dropping the ball early and having a tackle on Jack Nowell slide high.

Of that, Hansen made mention that Barrett would not be there if they thought he could not handle it.  How the tourists use their high and long kicking game will be interesting. As good a counter attacking weapon as Dagg is, Barrett almost already looks better, and any kick that is slightly off cue is likely to be hit for six. Given how adept the entire team is on the counter, the Lions will need to stay wise whenever returning serve in this manner.  They have done an admirable job on defending kick returns thus far, and their coverage team will have to react instantaneously with Barrett in the backfield in the Third Test.

Coming back to Mako Vunipola and the Lions’ scrum, it’s interesting that Warren Gatland has chosen to remain with the big Englishman after a fairly ordinary outing last week.  His replacement, Harlequins loosehead Kyle Sinckler, caught the eye of many as the more impressive, including the local media. Grant Nisbett, the voice of Kiwi rugby, was a noted fan.  Just 15 minutes after his entering the game, Sinckler stood up in the scrum and drove a dagger through Nisbett’a, and the collective New Zealand heart, winning the penalty that his team would turn into the winning 3 points.

The only way I can come to terms with why Vunipola remains as starter is that Gatland is too concerned that it would be he on the wrong side of a penalty were Sinckler absent from the scrum late in the game.  As we know, Vunipola is the stronger of the two with ball in hand, and that physicality from his prop has been almost as important to Gatland as his scrum duties.

After the Lions were bullied off the ball in the First Test (which the media made a point of mentioning that Gatland had been “out-Warrenball-ed”), the visitors were not about to allow a similar course of action in Wellington.  This considered, many were surprised when Gatland paid the faith in the long-toothed Alun Wyn Jones, who looked well past this level in the First Test.

“It’s about manning up and putting everything on the line”, defence coach Andy Farrell said, pleading for his side to show the guts required to beat the All Blacks in their own backyard.

Perhaps his coaches had a hunch that Wyn Jones would respond in a manner befitting a 110-cap Welsh legend, and he did, smashing NZ at the gain line, and playing an important part in his side’s victory.  A similar mindset was embraced by captain Sam Warburton, who will need to make sure his side does not nearly give away as many penalties this time around, but remained ever-present at the ruck, to his team’s advantage.

Some ABs fans cried foul of these tactics from the Lions, as the away side may have been creeping offside.  To that I say, “all’s fair in love and war”, but with Romain Poite likely keeping a watchful eye on that area of the ground, the Lions will need to keep their owning of the breakdown without overstepping the mark.

After all, the Lions’ rush defence has been fantastic all tour, and it is a feature of their game that has kept them in plenty of matches, and helped win them others.  The Lions look at their best when they’re pressuring the line into quick thinking, which will surely now come at a premium with their opponents’ best offloader suspended.

Putting pressure on first five Beauden Barrett work a treat for Ireland in Chicago last year. He’s every chance to hit the gap and make the opposition pay, but if they get it right, it is a viable tactic.  The key will be to manage this whilst also managing to stay onside. As mentioned, the Lions may have started in front of the last feet a few times last week, and simply cannot afford to send the penalties count into double digits.

A rugby side that wins the kicking game, the advantage line battle, and the “precise defensive ruthlessness’ department is going to win most matches it starts.

With a British & Irish Lions series on the line, they’re three areas of the game that may decide the biggest prize in the rugby world outside the World Cup.