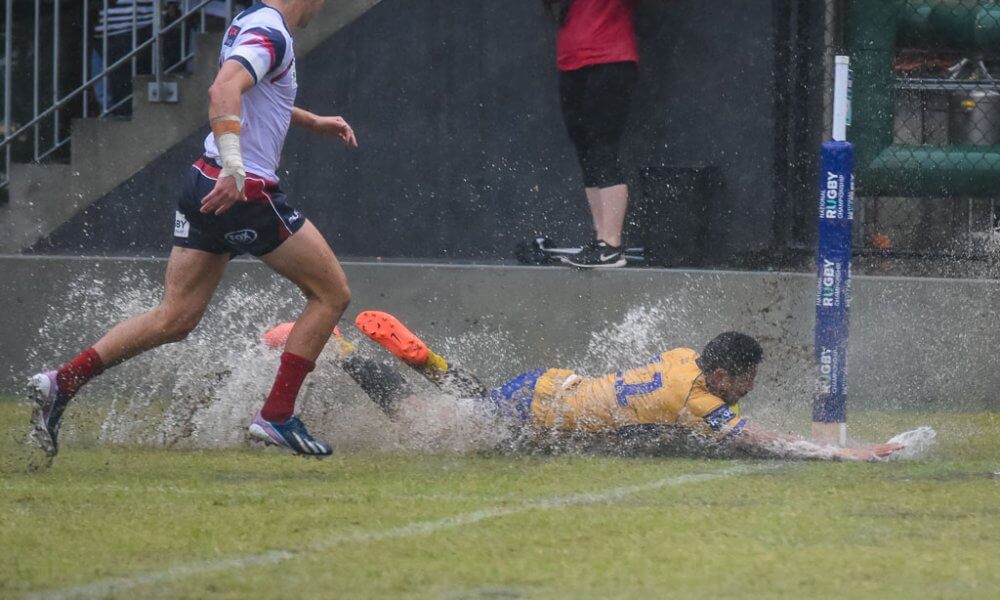 In very wet conditions in Brisbane, City took on Melbourne Rising. Recording their fourth win, and first at a water park, City ran away with the match in the first half but the Rising took advantage of a half-time reset and some cards to play some really lovely rugby in the rain. 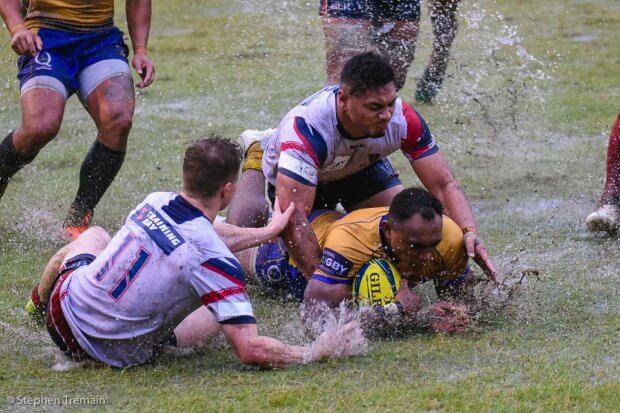 Melbourne Rising didn’t have many opportunities to touch the ball let alone make headway into the City half because City were on a role with a great try to Marcus Vanzati.

I have said it before and we have seen it in the 7s, but maaaaaate, Ed Fidow is fast along the sideline. A great tackle by Jack Maddocks averted what had looked to be a sure try. Two minutes later Ed Fidow swam to the line to cross for his first try of the match. 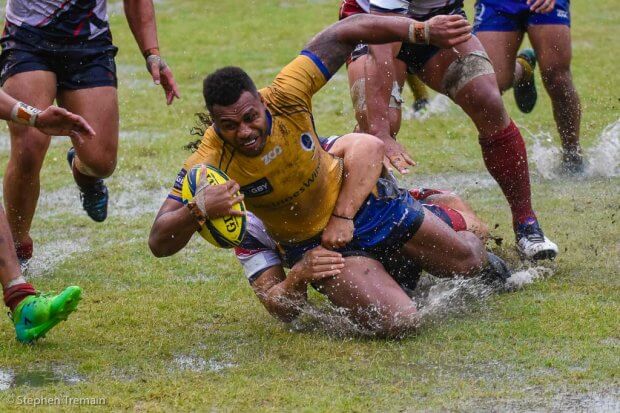 The closest the Rising came to scoring in the first twenty was knocked on 3 metres out from the line. For all the wet weather there wasn’t an abnormal amount of lost or dropped ball. It might have been because it was at saturation rather than slippery levels.

As a Sunnybank gal, it was great to witness Fidow’s second try off the back of a lovely run by Issak Fines-Leleiwasa who was starting for the first time for City.

Cooper generally can be a bit hit and miss with his tackles, but he had a pretty strong match coming off the line aggressively and successfully. His kicking unfortunately wasn’t on song and he converted only 3 tries.

Brilliant phase play from the Brisbane City saw the backline offload quickly with some loose passes and Samu Kerevi crossed for a try.

Chris Kuridrani appeared not to notice it had been raining as he scored out wide near half time for his second try of the match.

The Rising scored early in the first half through a lovely slip and side try to Kitione Ratu while City’s Karmichael Hunt was in the bin. They had been warned repeatedly before halftime about infringements and Graham Cooper wasted no time showing Hunt the cheese. 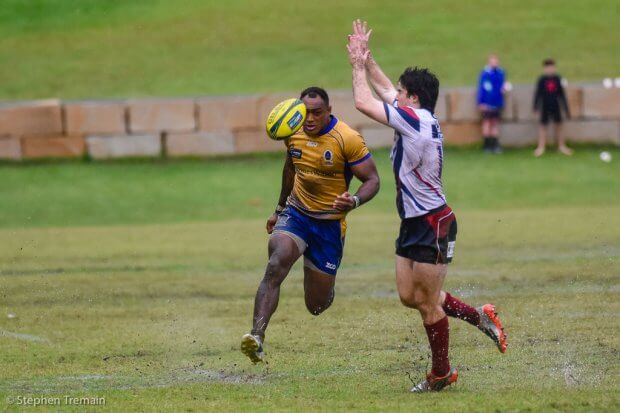 The tempo from the Rising was much improved after half time and their forwards were able to get over the advantage line. The Rising scored a second try while Hunt was in the bin to narrow the gap to 22. It was off the back of a lovely linebreak from Rory O’Connor who then positioned himself again to take the ball forward, this time under the posts.

The gap widened again when after some fierce play from City that saw Ready scoot over the line for the first of his two tries the match.

Not to be outdone by a prop, Fidow scored his hat-trick and then Ready crossed for his second. This makes 6 tries for Ready in the Championship so far.

In the closing minutes of the match Maddocks crossed off the back of a quick recycle. I looked away and looked back to see Maddocks crossing for his double. 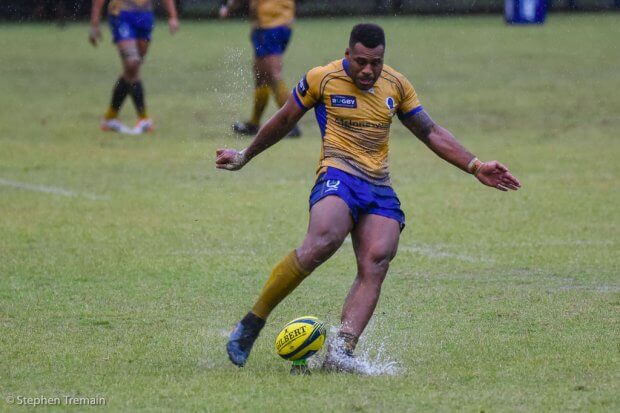 The visibility was absolutely rubbish for most of the match but in spite of that the match was obviously high scoring with a lot of free-flowing rugby happening. Not to mention enough water to make anyone from the country cry.

6 tries to Brisbane City in the first half proved to be too much for the Rising to claw back from.

I loved watching Ed Fidow’s tries, but I think Andrew Ready is returning to the form we expect having had a poor Super Rugby season. The responsibility of captainship is sitting well with him.

Jack Maddocks had a great match for the Rising and it will be interesting to see what Dave Wessels makes of him as he builds his backs in preparation for the Rebels tilt at top of the conference table next year. His form for U20s was great, he needs to hone his skills now to convert the potential.