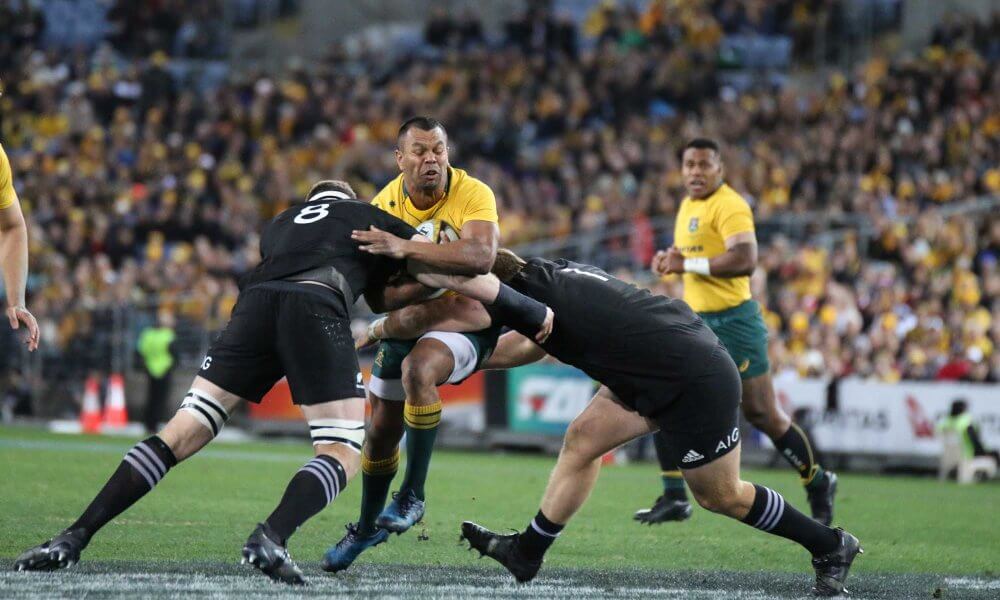 The Bledisloe Cup may be locked away in Wellington for another summer but there’s still plenty to play for in Brisbane on Saturday night, not least places in the respective End of Year tour squads but mostly, of course, trans-Tasman bragging rights.

After shipping an unprecedented 40 points in the opening half in Sydney then staging a comeback to go down 34-54, the Wallabies went to Dunedin with the kiwi TAB offering $15 for them to win and a 28.5-point head start. To the amazement of most they rocketed out to 17-0 inside fifteen minutes, and lead 29-28 with under four minutes to play, causing some premature celebrations in the Fox studio, before suffering a heartbreaking last-minute 29-35 loss.

The All Blacks preparation was dominated by concerns over Beauden Barrett. He left the field in Cape Town two weeks ago, did not return despite passing his HIA, and had reportedly been “seeing stars” and suffering headaches since.

Wing Nehe Milner-Skudder who also left the field against South Africa – needlessly injured after the All Blacks chose to play on well after the half-time siren – has undergone shoulder surgery. With Waisake Naholo in prime form in his last two Test outings, coach Steve Hansen chose not to call a replacement into the squad.

For the Wallabies the major concern was lock Rory Arnold who injured his knee in an NRC match last Sunday. Rookie Izack Rodda’s decision to have shoulder surgery further depleted the locking options available to Michael Cheika. On the plus side versatile back Karmichael Hunt rejoined the squad after time out with an ankle injury, though he was not selected for the match day 23. 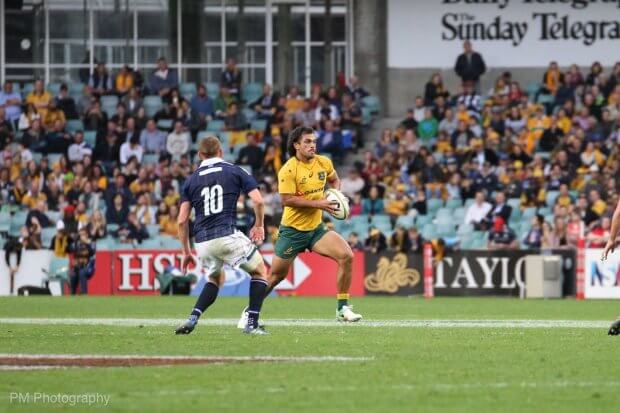 After trading barbs in the lead up to both Bledisloe 1 & 2 (and numerous times prior), both Hansen and Cheika were unusually quiet, no doubt to the disappointment of rugby writers on both sides of The Ditch.

With established All Blacks props Owen Franks and Joe Moody lost to injury, the lesser-known Nepo Laulala and Kane Hames – who this time last year didn’t have a Super Rugby contract – have really stood up. Hames in particular has dominated his recent Argentine and South African opponents at scrum time and been strong around the park.

Barrett’s injury opens the door for Lima Sopoaga to start just his second Test after an impressive run-on debut against South Africa in 2015. He’s widely regarded as the steadiest, most classical of New Zealand’s current 5/8’s, which could prove crucial if, as predicted, it’s a wet night in Brisbane. He’s also a more consistent goal kicker than Barrett which, again, could be key if it’s tight. 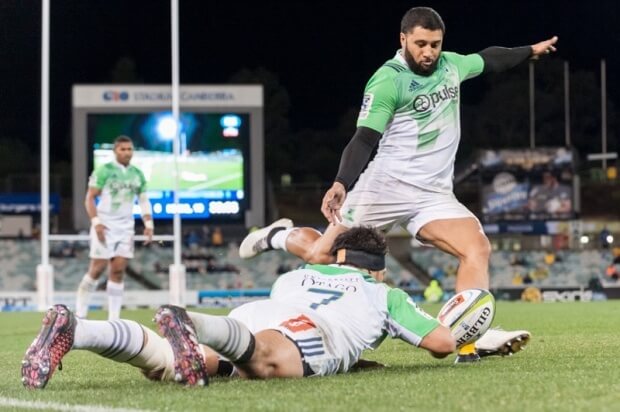 Sopoaga with a shot at goal

For the Wallabies lock Adam Coleman continues to grow in stature with every start and is now someone around whom a Wallabies tight five can be built. Even the rotation of his locking partners – sometimes forced, other times seemingly almost on a whim – doesn’t seem to faze him. Comparisons are odious but greatness surely awaits the young man.

Israel Folau cops an astonishing amount of criticism on this and other sites but it’s worth noting that he’s now scored eleven tries in eight matches this year. He needs just seven more from up to six further outings to break the record mark of Japan’s Daisuke Ohata (2002) and All Black Joe Rokocoko (2003). His haul to date is already an Australian record, surpassing Lote Tuqiri’s ten in 2004.

The key match-up, however, may well be that between the number nines.

Many thought Will Genia’s best was a good few years behind him, but his recent firm has been outstanding and significantly it was him, not Cheika, who delivered a recent half-time spray in his capacity as vice-captain.

Aaron Smith isn’t quite back to his very best but isn’t far off – which he needs to be with his understudy TJ Perenara pushing him hard for the starting jersey – and with Barrett out becomes very much the senior pro in the backline.

As we’ve seen already this year, both sides are capable of scoring a lot of points very quickly, but equally capable of leaking them almost as quickly. So far the All Blacks have twice managed to come out on the right side of that equation, but you get the feeling that Australia are well capable of coming out on top this time around.

That said, though, there’s more than a hint that they lack the same absolute self-belief in their ability to overcome any points deficit, or close out a game in which they hold a slim lead, possessed by the All Blacks. We saw that most recently in Dunedin but on several other occasions in recent years.

In another high-scoring affair, All Blacks by eight.