Want to be a Barbarian….anyone?

Want to be a Barbarian….anyone? 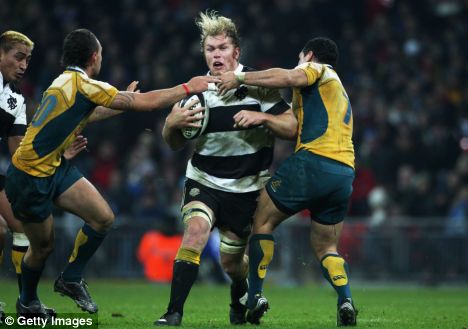 Free next June 6th? Got a pair of footy boots? Well John O’Neill wants to hear from you!

The Wallabies are the playing the BaaBaas at the SFS that day, and while any rugby at the SFS is good rugby, you gotta ask; who the fµck of note is going to be available for the corinthians?

The last couple of BaaBaas games  –  against the Jaapies in 2007 and this year against the Wallaby young guns – were belters. However, that was totally down to the strength of the Barbarian team which both times benefited from being at the end of the SANZAR Euro tours.

For this game, the Lions are on tour in South Africa, the top French sides will still be duking it out and the ABs are playing an international the week after.

JO’N reassures us though that:

“In terms of their playing personnel, the possibilities for the Barbarians are enticing,” he said.
“We’re confident this Barbarians team will have showstopping appeal. ….there are high-profile All Blacks and Springboks, current members of the World Cup semi-finalists Argentina, and some very well-known Australians tied to overseas clubs at present.”

I’ll give him his due on the ABs in Europe at present, they could be the games saviour. Names lobbed around so far also include, Larkham, Gregan and of course the ex-leaugies Gasnier, SBW and Craig Gower. These guys will be key to enlist the Mungo interest.

Just don’t rub it in if you’re going, the SFS rocks!