Aussie Super Rugby team of the week round 13 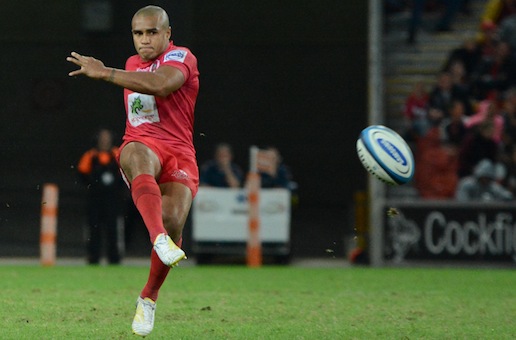 Aussie Super Rugby team of the week round 13

Here it is – the G&GR writers’ Super Rugby team of the week for round 13.

Two victories and two close losses. Who deserves to make the lineup?

Was critical in smashing through the Stormers white wall

Another massive effort around the park.

Is now looking like a senior member of the team. Manages wide running with hard work.

Didn’t look out of place against two of South Africa’s best locks.

Part of a Reds back row that didn’t let the Sharks get comfortable at the breakdown.

Another mountain of work. He ruled the tackle contest for the Reds.

Worth it just to see the fend on Ali Williams while scoring his try.

Had the mojo working with Cooper. Also some key tactical kicking.

Close to his best on Saturday. The pass that made Saia’s try was vintage

Made metres, made tackles, didn’t stop.

His first team of the week this year! Great direct running at 12.

The mature way he played his role in the 100m try shows the class beyond his years.

Brought his usual pace, but with a more ruthless execution.

Would be interesting to see just how many of the Tahs tries he has a hand in. Both on Sat.

We can’t choose a man of the week – you tell us!

Aussie Player of Round 13