Aussie Rugby 7s starts back at it in Dubai 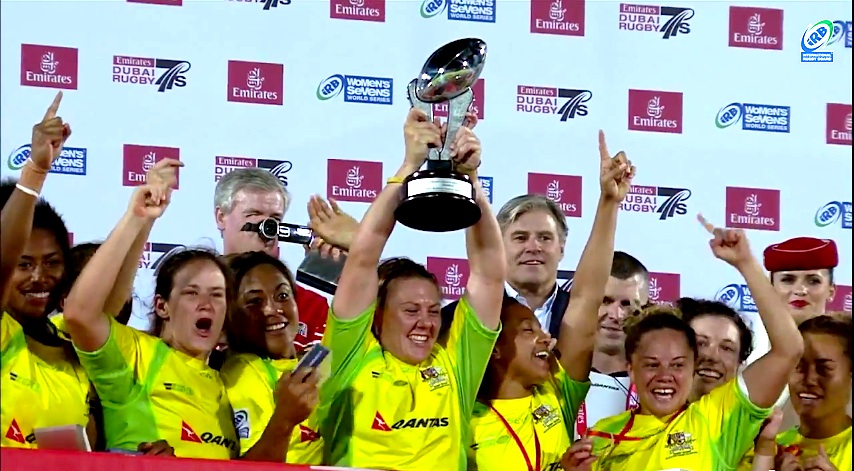 Aussie Rugby 7s starts back at it in Dubai

It’s back to business as usual now for the Australian Men’s and Women’s Sevens team as they look to start the Sevens season at Dubai this weekend.

The Women’s Sevens team has had an outstanding season, as they won the first ever Women’s Sevens gold medal at this years Rio Olympics and they even won their maiden world championship title. On top of that star player Charlotte Caslick has been named world sevens player of the year.

The Men’s team though, struggled to find their feet at this years Olympics where they finished a dim eighth place losing to France in the seven and eight play off match.  Outside of the Olympics though, the Aussie men’s team finished the 2015-16 season in fourth place, a place they will be looking to eclipse this time round. They did not win a tournament last season however, they did make the finals twice which were in Sydney and Las Vegas. In both cases they fell to a far more superior teams when they lost to New Zealand(Sydney) and Fiji(Las Vegas).

The women’s team are placed in pool A, which include the likes of South Africa, United States of America and Russia.

The women’s team have included five players who did not feature in the Rio games which include the likes of talented 18 year old Emma Skyes who will make her Sevens debut. The squad also consist of Brooke Anderson, Mahalia Murphy, Georgie Friedrichs and Tiana Penitani who are welcomed back to the squad. Sharni Williams and Shannon Parry will share the captaincy for the season.

Dubai should kick-start the Women’s team with a bang as they have happy memories in the Middle East. They won this event last year and should aim so again this time round. They are going off good form and this is evident from the past month in which  they claimed the Oceania Rugby Sevens. One thing to note in Dubai for the women’s team is their outstanding defence record. Last year, they only conceded two tires in their pool matches, whereas in the Oceania Rugby Sevens they only conceded one try in their six games. The aim here for the women’s team is to protect their title.

Day 2 fixtures to be calculated after completion of day one.

The Men’s team has also will be looking to make amends for their Rio performance and also will be aiming to finishing higher in the 2016-17 placings once the season finishes. The men’s team should have one goal in mind and that would be to reach more finals and also to win some silver where.

The men’s team also  have a new look squad for season 2016-17 as coach Andy Friend looks to include five debutants for the Dubai tournament. These include the likes of Micheal Adams, Simon Kennewell, Charlie Taylor, Tim Anstee. Another debutant represents a familiar name in the sevens camp with Sam Caslick set to debut who is the brother of World Sevens player of the year Charlotte Caslick.

Day 2 fixtures to be calculated after completion of day one.

For the love of Sevens
Preview – National Youth Sevens Championships