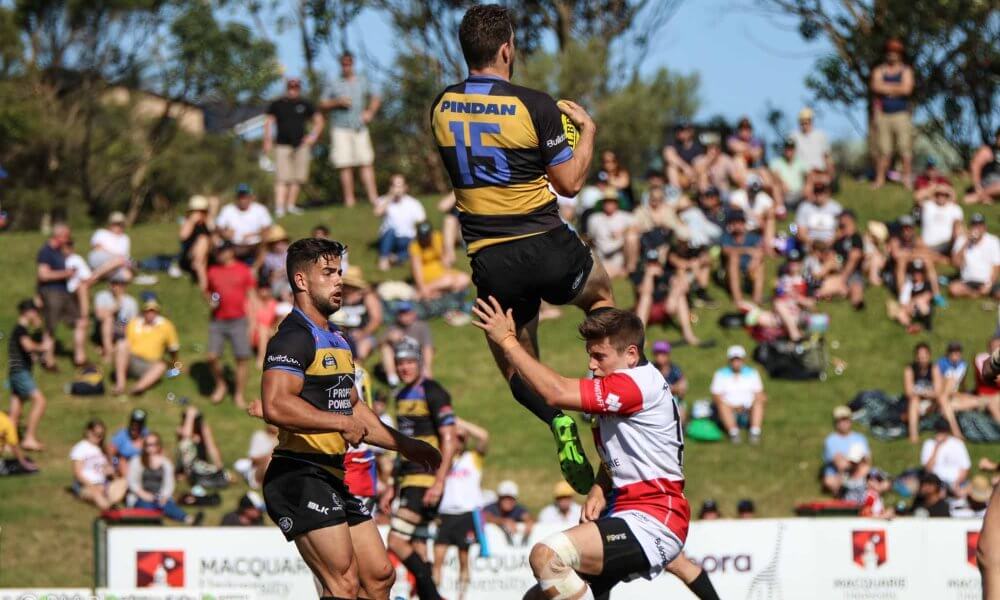 It was a cracking day in Sydney today for the second semi-final in the Buildcorp NRC and a very impressive crowd of rugby supporters had flocked to Pittwater Park to be a part of it. The battle was between the 2nd placed Sydney Stars and the 3rd placed Perth Spirit to see who would be heading to Tamworth next week to take on the NSW Country Eagles. 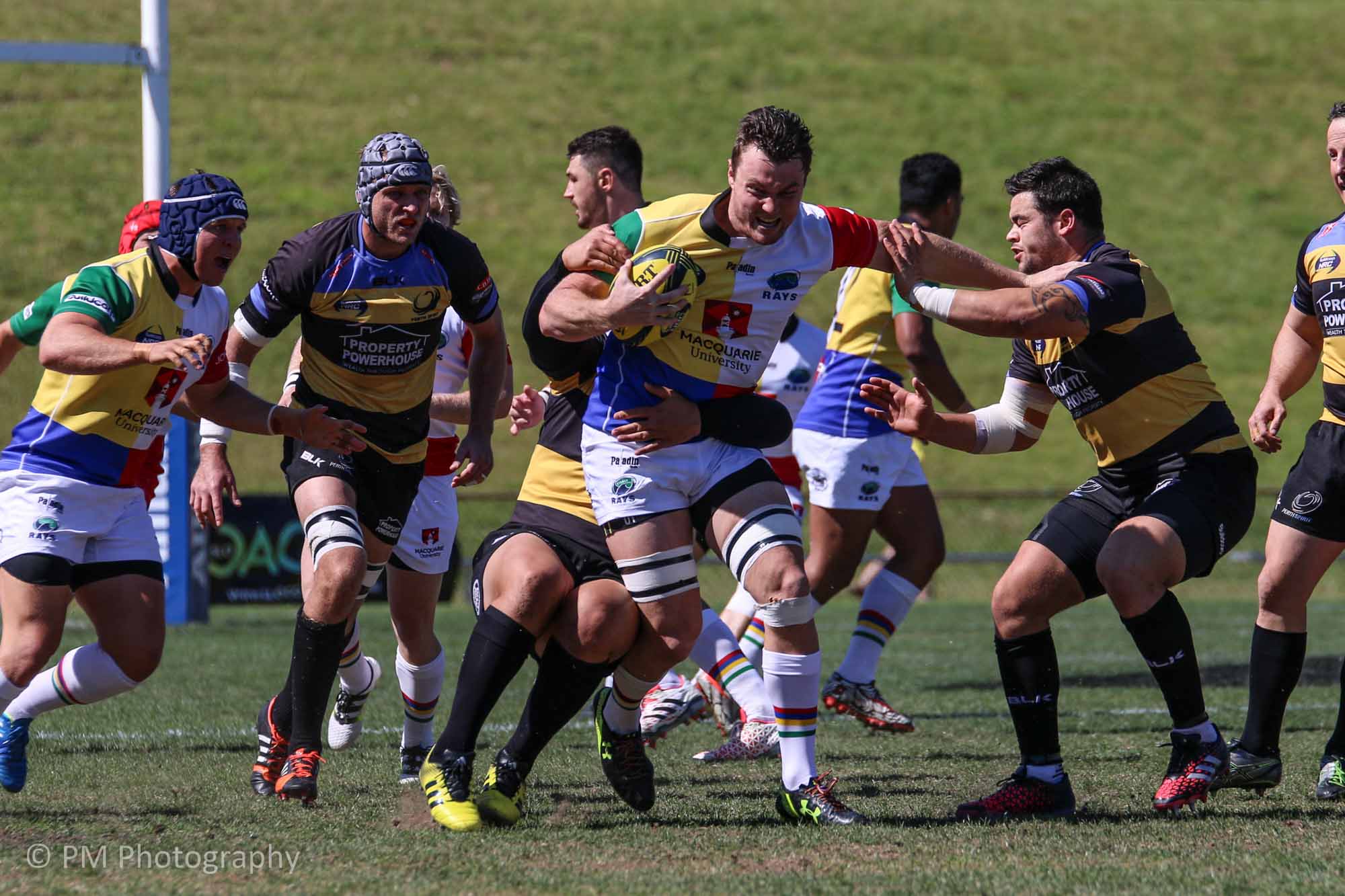 Jack Dempsey tries to force his way through.

The Rays were in control from the kick off with Jack Dempsey taking the kick off and putting on a strong charge before Matt Lucas boxed kicked with the wind at his back. The Spirit couldn’t handle the ball and Harry Jones was able to recover but it was an injury at the next run that saw Waratah prop Angus Ta’avoa replaced. The Rays would miss his work at the set piece in particular.

It looked like the Spirit were getting their way back into the game after Rays lock Conor Vest was held up after a couple of high runs and turn overs resulted. The first break of the game came when Ben Tapuai stepped through and off-loaded to Semisi Masierewa who was tackled short of the line.

Just when it looked like the Spirit were on top, the big names produced for the Rays. Lucas again box kicked, which was touched by the Rays, and Jones recovered before off-loading to Dempsey. Once Dempsey was tackled the ball was spread to the other side of the field where Simone off-loaded on in the inside to a trailing Damien Fitzpatrick who barged over for the opening try of the game.

Just minutes late it was Harry Jones that was in following a nice set piece play from a lineout. Angus Sinclair found space outside of Simone and off-loaded to the flying Jones who still had plenty of work to do. He did that work, and some extras, to battle his way over to score in the corner and the Rays were racing away 16-0 with less than ten minutes on the clock.

Ian Prior, playing flyhalf for the injured Jono Lance, sparked his team with a neat grubber through for  Masierewa to dive over and get the visitors on the scoreboard.  The Spirit were in again minutes later as Marcel Brache stormed on to a delightful Billy Meakes pass to charge over the try line close to the posts. The kick was successful and the Spirit were trailing by just two.

With ten minutes to go in the half, the Spirit finally went ahead on the scoreboard on the back of a massive Perth scrum. The destruction of the Rays scrum lead to a penalty and then the standard lineout from where the Spirit recycled the play until Prior was able to dance his way over for a try. The score was 20-16 in favour of the Perth team and that’s how it would remain until the break. 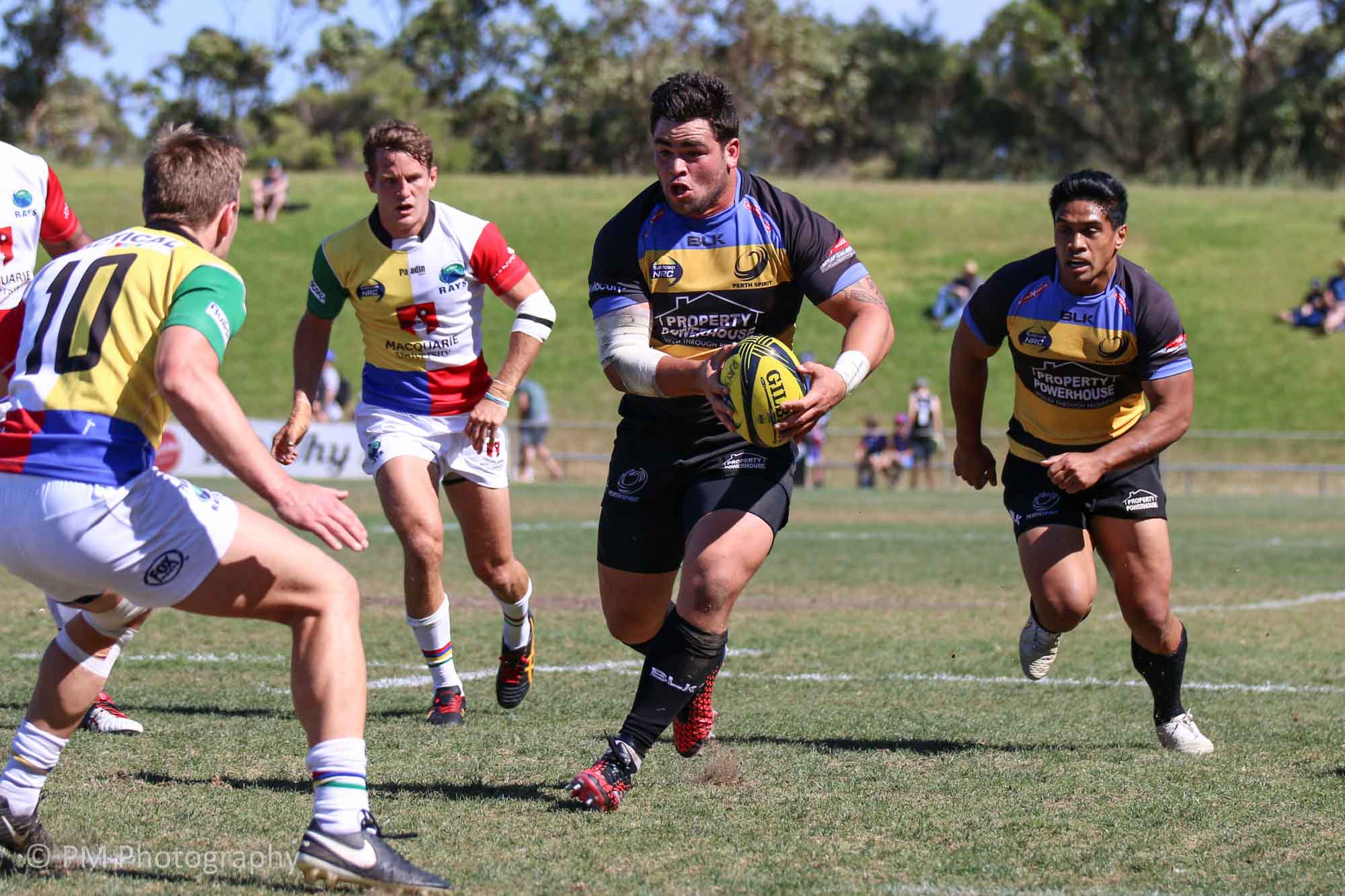 Points soon after the break are pretty damn crucial and they proved to be today as well. Luke Morahan, who was dangerous at every touch, sniped through the Rays defence and threw an inside ball to a supporting Prior. Prior chipped and chased and regathered just prior to the line to give the Spirit a crucial lead. The conversion stretched it out to 12 points with patrons still returning to their seats with snacks.

We’ve learnt this NRC that not many leads are insurmountable and there are many Rays supporters who would have remained confident that their team could fight back. Whilst their defence needed mending, too many basic mistakes cost them dearly. Finally on attack they looked to pass wide only for Meakes to slap the pass down and he was promptly marched to the bin for ten minutes.

Any advantage the Rays had was soon wiped however when they not only gave away a penalty but Dempsey threw the ball away after the whistle and joined Meakes in the bin. While the Rays couldn’t make the most of their overlap, the Spirit punished the home side immediately as Heath Tessmann drove his way over from the maul following the lineout.  Prior kicked a cracker in the wind and the lead was now 20 and the match felt as good as over, with still half an hour to play.

Unfortunately for the Rays, they couldn’t turn things around as injuries and mistakes riddled their game. Simone, after starting so strongly, was kept quiet for most of the game and the Rays were unable to gain any momentum without him.

Alternatively the strong Spirit pack worked hard and made constant metres while proving powerful in defence.  Ryan Louwrens and Prior were able to control the game from the halves while the back three of Morahan, Brache and Masierewa enjoyed the space they got.

While Richard Woolf scored a fantastic try, following a Dewet Roos steal and a Jones break, it was eventually countered by replacement Spirit hooker, Anuri Rangi, scoring his own albeit a little less dazzling – from the back of a rolling maul.

When the whistle blew the Spirit had recorded a 42-24 and will play in their second NRC Grand Final in two years when they take on the NSW Country Eagles. Back in 2014 Perth lost to a red hot Brisbane City team and will face a similarly impressive Eagles outfit this time around. 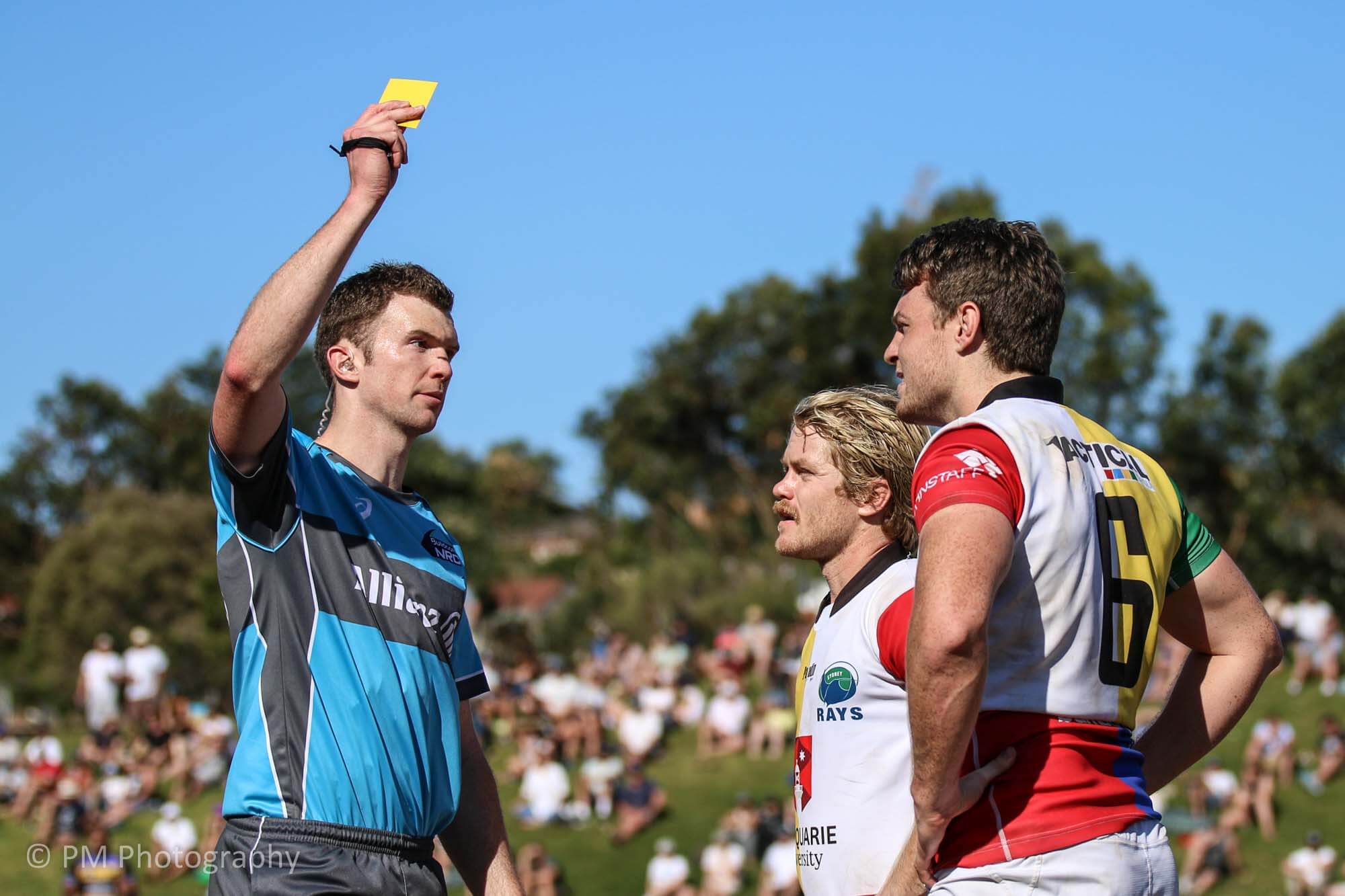 The Prior try straight after the break was decisive, but the Rays were still in with a shot. But when Dempsey was yellow carded and Tessmann scored immediately to take the lead to 20, then the Rays afternoon was as good as over.

Some thought the loss of Jono Lance could be critical to the Spirit’s chances, however once again Ian Prior stepped in (and up) to lead the way. He snagged 18 points himself (the most in an NRC finals match) and produced the big plays when needed. His backrow and front row were all excellent as well. Harry Jones was probably the best for the Rays.

This was a game for the big match players and those with Super Rugby contracts were the dominant ones. Spirit locks Kieran Stringer and Onehunga Havili were busy all day though while Rays fullback Josh Turner looked sharp with limited opportunities. 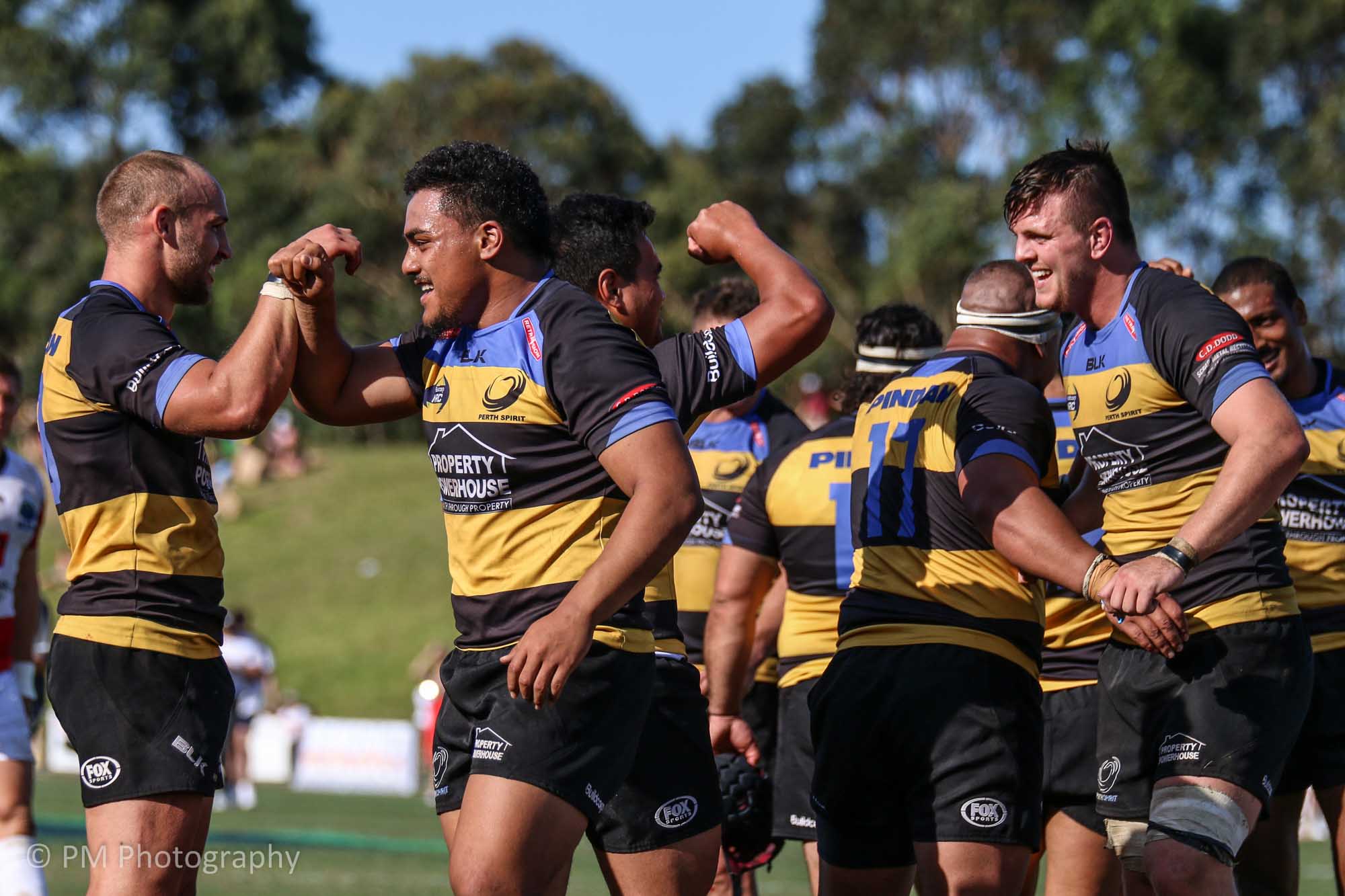