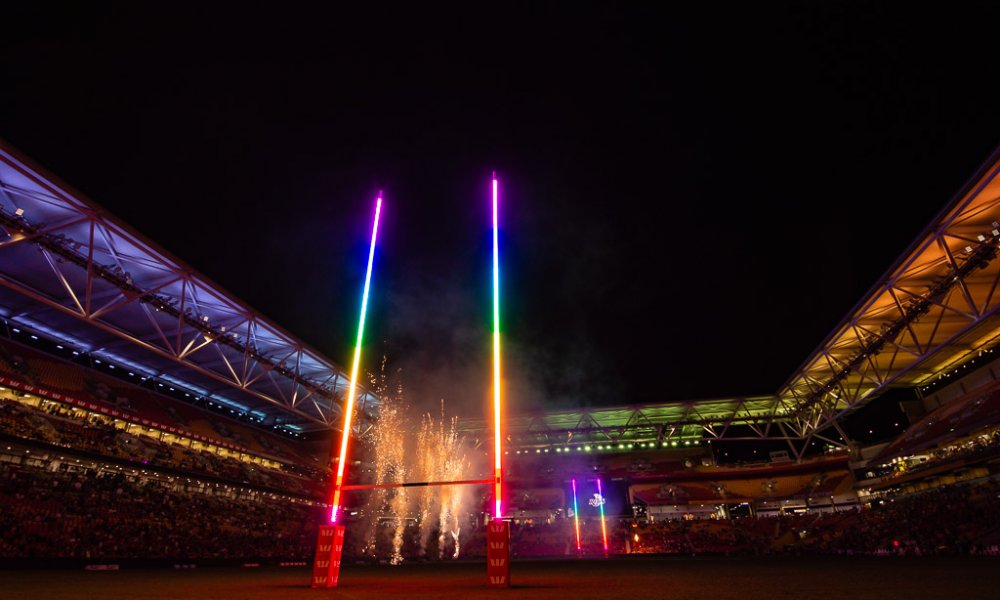 Happy Thursday people, another great week of rugby with a hiatus between Super and the test matches. For those like me who love the club game I would encourage getting our and watching some grassroots over the weekend.

A couple of great finals; the English Premiership was particularly enjoyable.

Our new overlord Hamish McLennan is getting under the skin or our New Zealand brethren by saying that we could go it alone after our current contract expires. To be honest in my view this is just a leverage play to extract a better deal for RA and even potentially NZR going forward.

To be clear Covid has allowed RA to reset the business cutting much of the excess fat and evaluate what a business looks like without SA and NZ. The reaction from the talking heads of NZ gives an insight into how worried that they would be if we said we will go it alone. The rugby might not be at the same level initially but the income maybe greater.

Raelene Castle showed the benefit of bundling the entire offering and taking that to market so the best way forward is for RA and NZR to do the same. Align the contract and offer it to the market as a complete package. Furthermore, organise a competition with a NRL/AFL style commission who run it in the best interests of the stakeholders.

Stuff link Here on how the NZR are going to spend some of the private equity funds.

The Men with the Whistle for the upcoming internationals.

The Ttam for the England series is

Question: are TMOs and 4th officials like wingers?, they are the officials who hang around referees.

New Evidence could allow Spain to Qualify for the RWC

A decision regarding Spain’s banishment from the Rugby World Cup could be confirmed in the next 24 hours, RugbyPass understands, and mounting evidence suggesting the ineligible player at the centre of the furore, Gavid van den Berg, was well aware of the requirements to play international rugby could work in the Spanish Federation’s favour.

Having finished in second place over the past two years’ worth of European qualification tournaments, Spain were awarded a spot in the 2023 Rugby World Cup in Pool B alongside the likes of South Africa, Ireland and Scotland in March.

After it was discovered that van den Berg, a reserve prop who Spain has fielded in two sizeable wins over the Netherlands, was not eligible to play test rugby for Los Leones, however, the team were stripped of their points from the fixtures and fell to fourth on the overall table – which saw them drop out of the qualifying race. At the time the punishment was announced by World Rugby, the committee concluded that Van den Berg had not deliberately misled the Spanish union, which was determined as a key factor in why there was little respite for Spain.

RugbyPass has received evidence, however, that confirms the South African-born front-rower was indeed aware of the eligibility requirements, and was involved in the process to alter his passport copies, which could prove significant in Spain’s appeal to have their place in the World Cup reinstated.

The official hearing was held on 16 June and World Rugby’s appeals committee has been deliberating over their sizeable decision for the better part of the past week.

RugbyPass understands that some of the major points of discussion throughout the appeal include Van den Berg’s justification for spending so much time outside of Spain during the first of his three years of qualification (and whether this constituted ‘exceptional circumstance’) and whether, given the circumstances, the 10 point penalty handed to Los Leones was appropriate for the breach in the laws.

Vunivalu’s praise for Thorn as he relishes Rugby freedom

Given the undercurrent in Queensland rugby circles that all is not well with many of the players and Brad Thorn this article will calm some of the nerves.

Vunivalu is one of six uncapped players in the Wallabies squad ahead of the three-Test series against England starting on July 2. While this is his third camp with the national side, this is the first the 26-year-old joins fully fit, vying for a maiden call-up. He was rushed into camp immediately after the 2020 NRL Grand Final before hamstring injuries kept him watching from the sidelines in 2021. The injuries have played a major part in his rugby union journey so far, shattering his confidence after going through a second hamstring surgery.

However, he praised Thorn, who went through a similar switch with the All Blacks in 2001, who helped ease back and eventually build some consistent game time at the back end of the Super Rugby Pacific season. “He’s been really helpful since I got to the Reds. He knows best how the game is and he’s helped me so much and I’m looking forward to spending another year with him,” he said on Thorn. “He’s been (a similar) position. He knew the first couple of games would be rusty and that I was a bit nervous knowing I had my second surgery. He was always supportive and always looking after me.”

Having grown up with the sport, Vunivalu admits the ‘contestable’ nature of union was a key factor in his return, admitting he had always had the desire the switch back at this stage of his life. “Everything is contestable and you have licence to kick, whereas you can’t kick when you catch it at the back and you have to run straight into a wall of defence,” he notes. “You can roam around, you don’t have to stay on your wing and work. I’m been working on my kicking game since last year with the likes of O’Connor and the boys. I don’t really kick on my left which is my good side

“…I didn’t know I was ending up in rugby league leaving school. When I was (at the Storm), I was with Nelson (Asofa-Solomona, Storm forward) and we talked about spending a couple of years in rugby league and then head back to union when we were 24-25 and it happened for me.”

Vunivalu signed a one-year extension with the Reds and Australian Rugby on Tuesday, with the eyes firmly focused on the 2023 Rugby World Cup. When asked about staying beyond that time, the Reds flyer was letting his Rugby do the talking knowing he has plenty to offer and prove. “We’ll see. I have this year to worry about, I haven’t played any Tests for Wallabies so I’ll back myself to make that goal. I want to stay in Australia and my performance will speak for itself,” he added.

Hoss of the long run tomorrow